Strategy as surfing a wave #3: Grossman-Patrick story and “dog that didn’t bark” analysis 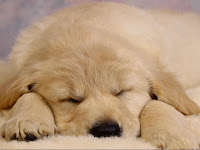 We saw earlier how Internet wave hit David Grossman of IBM. We stopped at a point where Grossman drove down to his headquarters with his workstation to demo Internet at Armonk. Let’s see what happened next and do a Shorlock Holmes style “Dog that didn’t bark” analysis. i.e. we will ask a question “What didn’t happen in this story?” Perhaps that will give us clues as to what happens when we surf a wave especially a big one like Internet.

· 3 people were present for Grossman’s Internet demo – his boss Irving Wladawsky-Berger head of Supercomputer division, Hohnstamm - head of marketing and David Patrick part of corporate strategy who was scouting for his next big project after a successful run as head of marketing at ThinkPad business. Within minutes Grossman had Patrick’s full attention. Patrick recalls, “When I saw the Web for the first time, all the bells and whistles went off. Its ability to include colorful, interesting graphics and to link audio and video content blew my mind”.

· Patrick and Grossman teamed up. Patrick acted as a sponsor and broker for resources and Grossman championed Net in IBM’s far-flung development community. Grossman says, “The hardest part for people on the street like me was how to get senior-level attention within IBM.” Patrick became his mentor and his go-between.

· Patrick-Grossman teamed up with David Singer, a researcher at who had written one of the first Gopher programs (a text-only browser). Grossman-Singer started building a primitive corporate intranet.

· Patrick wrote a “Get connected” manifesto outlining six ways IBM could leverage the Web and circulated the paper informally by email. It found ready audience among IBM’s Internet aficionados.

· Patrick and “Get connected” renegades cobbled together a mock up of an IBM home page. Patrick got CEO Lou Gerstner’s appointment through his technology advisor. When Gerstner first saw the mock-up his first question was, “Where is the buy button?”

· Patrick grabbed the chance at a senior management meeting of IBM’s top 300 officers on May 11, 1994 (note only 3-4 months have passed since Grossman’s epiphany at ). Patrick presented some of the Web sites that were already up like HP, Sun, and a page for Grossman’s six year old Andrew. Patrick ended the demo by saying, “Oh, by the way, IBM is going to have a home page too, and this is what it will look like”. It included a 36 second video clip of Gerstner saying, “My name is Lou Gerstner. Welcome to IBM”.

· Patrick continued to campaign the Web at various events like Internet World trade convention. He says, “Somebody would invite me to talk about the ThinkPad and I would talk about the Internet instead”.

· In 1996 IBM set up a small Internet group with Patrick as the chief technical officer. During 1996 during Kasparov and Deep Blue match IBM site crashed. People started asking the question – If IBM is having difficulty running a web-site for the chess match, what were the Olympics going to be like? Internet buzz started growing within IBM.

We know where the story is heading. So let’s take a pause here and ask the question, “What didn’t happen in this story?” Here are a few things I can think of:

· Two out of three people in the room didn’t get excited by Grossman’s demo.

· Neither Patrick nor Gerstner asked for a business plan or numbers when they first saw the Web demo.

· Patrick’s boss Jim Canavino didn’t set up a separate immediately, instead he said, “You know, we could set up some sort of department and give you a title, but I think that we be a bad idea. Try to keep this grassroots thing going as long as possible”.

· Not everybody jumped on the Internet bandwagon immediately. It took a few years and shocks like chess game web-site crash for the movement to gain momentum.

Source for this story is Gary Hamel’s case study. Please stay tuned for more on what we can learn from big-wave surfing.
Posted by Vinay Dabholkar at 7:17 PM