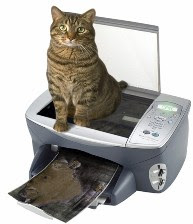 Fourth Innovation : I attended Fourth India Innovation Summit at Leela, last week organized by CII. Like the previous one I attended three years back in 2005, I enjoyed the conference where a number of innovation champions spoke on various themes like innovation in emerging markets, systematic innovation, innovation ecosystem, and innovation in rural India etc. In the next few articles, I will write about the themes which I found interesting.

Copycat Award: Madhabi Puri Buch, Executive Director, from ICICI Bank spoke about innovation management efforts at her organization. According to her, the topmost hurdle in keeping innovation going at ICICI is the “Not Invented Here (NIH)” syndrome. This mindset makes it difficult to implement an idea in one department when it has actually come from some other department. Well, this is what ICICI Bank has done. They have introduced a prestigious award called “Copycat award”. This award is given to the team which demonstrates successful implementation of an idea which has come from somewhere else.

Creativity and Execution: At the root of NIH mindset is the belief that “creativity” part of innovation is “cool” and “execution” is uncool. If I haven’t done the “cool” part, why should I do the “uncool” part? To quote Prof. Vijay Govindarajan from his book 10 Rules for Strategic Innovators: We think of organization’s capacity for innovation as the product of creativity and execution. Some quick math: which is more effective – lifting your creativity score from 6 to 7, or doubling your execution score from 1 to 2? Nonetheless, most companies, when hoping to improve innovation, focus on generating ideas. Managers obsess over the front end of the innovation. But the real leverage is in the backend – in execution. It is not the idea that counts; it is what you do with it.

Well, how about copying the “copycat award” process to begin with?
Posted by Vinay Dabholkar at 3:04 PM 1 comment:

Knowledge management and Innovation management: Is the relationship more like live-in, marriage or divorced? 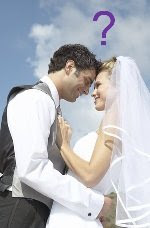 I wrote about some of the top challenges and non-challenges in innovation management in an earlier article. I facilitated a deep dive session on one of the challenges in our last k-community meeting hosted at Perot Systems, Bangalore. The topic was: “Knowledge management and Innovation management: Is the relationship more like live-in, marriage or divorce?” We had a good discussion with participants from Bosch, Honeywell, IISc, Mercer, Mindtree, TCS, Titan, Wipro apart from our hosts at Perot Systems. Here is a gist of the session:

There were primarily 2 schools of thought: one expressing the classical KM view where knowledge creation is considered an integral part of knowledge management. And the others feeling that knowledge management as it is practiced is primarily about improving the operational efficiency in the organization. And hence, it is more suitable for incremental innovation but not for radical innovation.

Advocates of the classical view stressed that collaboration both formal (through CoPs) and informal (coffee table discussion) are essential for creating radical ideas. And knowledge management function owns the responsibility to create an environment where such collaboration fosters. Many others felt there is a big gap between this view and where things stand today.

All agreed that there is a lot that can be leveraged by finding synergies among these two initiatives in the organizations. Unfortunately, many times these initiatives are under two different departments: KM comes under either quality or HR and IM under research, marketing or strategy dept. When both have their own sources of funding, and perhaps a purpose independent of each other, why marry?
Posted by Vinay Dabholkar at 9:49 PM 4 comments: