Applying the Elephant-Rider model to a failed innovation program 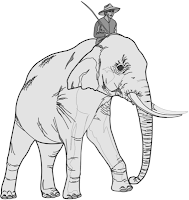 A large insurance company hired a new CEO who concluded that among the company’s main problems was a lack of innovation. He launched multiple programs to increase innovation including various campaigns to reward innovation (suggestion boxes, prizes for new ideas) yet received little response. Why? A number of employee focus groups were launched to analyze the problem. In reviewing the company’s history it was revealed that past success was based on a tightly structured system of figuring out the best solution to any given problem, documenting the solution, putting all of the solutions into large manuals organized by every conceivable kind of problem that could arise, and systematically rewarding employees for using the rules written out in the manuals.

Over the years, employees had learned that the road to success was to apply the rules. The number of manuals grew to cover every new situation that arose. Employees who did not like to work in this kind of rule-bound, structured environment were encouraged to leave the organization, leading to a workforce that was comfortable in the structured environment. Previous CEOs had glorified this system of working, and indeed it had been highly successful in building the company. It came to be taken for granted that the best way to work was to follow the rules in the manuals.

Given the situation it is not surprising that the program failed. But how could the CEO have done any better?

To understand the options, let’s first see a simple and useful model of how human brain works. According to this model the human brain has two independent systems or processes of thinking at work all the time. The first one is intuitive and emotional. It is the part that makes you duck when a ball is thrown at you unexpectedly or makes you nervous when your airplane hits turbulence. The second part is the one that plans, analyzes and looks into the future. It is the part that makes a new years resolution that you will go for a morning walk three times a week.

Chip and Dan Heath use an analogy for this model in their bestselling book Switch which I like. In this analogy the emotional side is like an Elephant and deliberating side is like a Rider. Perched atop the Elephant, the Rider holds the reins and seems to be the leader. But the Rider’s control is precarious because the Rider is so small compared to the Elephant. Anytime the six-ton Elephant and the Rider disagree about which direction to go, the Rider is going to lose. He is completely overmatched.

Elephant carries all the baggage from the past like the employees of this insurance company which are habituated to “following the rules”. Even if the Rider gets an idea, the Elephant would ask the question, “Where is the rule?” One option is to shape the path for the Elephant and make the new direction easy. In fact, Edgar Schein who narrates this story in “Corporate culture survival guide” suggests following: “Every month every department had to invent three new ways of doing things and write up a manual to that effect!!!” The Elephant may still feel like doing the old way and in a slightly different way. Behaviroral economist Richard Thaler calls this a “Nudge”.

The other option is based on the assumption that response to an initiative in any organization is never completely zero. There will be a few people in some corners who would have submitted ideas. We zoom in to those people and ask, “Why the hell is it working here?” Then we try to clone the situation in other places. This technique directs the Rider and is called “Follow the bright spots” and I wrote about it last year.
Image source: www.wpclipart.com
Posted by Vinay Dabholkar at 8:46 AM No comments:

My theme for 2011: Robust intervention for systematic innovation 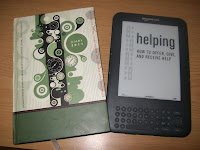 I had identified four themes for study last year. I pursued all of them – some with more seriousness others with less. This year I am down to only one theme which I call “Robust intervention for systematic innovation”. It means either I am more focused this year or getting older. I have mentioned what systematic innovation means earlier. But what does a “robust intervention” mean?

· An initiative in an organization where Economic Value Added (EVA) based scorecard was percolated from CEO all the way to the first level manager. The EVA number was not so easy to compute and was too abstract for many. The initiative was a disaster.

· Telling our son, “Don’t play games on the computer”

· An innovation program whose scope was defined by a set of “creativity” workshops covering as many people as possible. Everybody had good fun. Nothing happened after that.

What are the examples of robust interventions? Here are a few I have written about in this past:

· A G Lafley’s open innovation program at P&G. I wrote about it here and here.

Now, here is what I would like to study further. What are the characteristics of a robust intervention? How do we go about carrying out such an intervention?

Here is my initial take on the characteristics of a robust intervention. I could be wrong here and your inputs will help.

1. Non-dependence on scarce resource: If an initiative depends upon “non-corrupt politician” or “good quality teachers” or “systems thinkers”, it is not a robust initiative. There are just so few of them around. Sugata Mitra’s idea of Self Organizing Learning Environments (SOLE) depends upon teachers not playing any role in teaching. Does it make it a better candidate for robust intervention? I don’t know.

2. Appealing to both the Rider and the Elephant: To borrow Dan & Chip Heath’s metaphor from their book Switch, the intervention should appeal to both the emotional Elephant part of our brain and the ever-analyzing Rider atop the Elephant. The EVA initiative mentioned above did not appeal even to the Rider let alone the Elephant. Telling our son to stop playing the computer game is certainly not appealing to his Elephant.