Movies sometimes create mirrors where there is an opportunity to see oneself and associated self-deception. In this article, I would like to look at two such powerful reflection moments from the film “Luck by chance” (2009) written and directed by Zoya Akhtar. In fact, it was her directorial debut. Spoiler alert! The plot is being revealed. 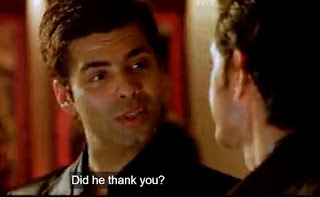 Did he thank you? A struggling actor Vikram (Farhan Akhtar) gets a lead role in a big banner film and that launches his career. Earlier the role has been rejected by many leading actors and the director finally decides to cast a new face for the lead role. Vikram gets shortlisted among hundreds of photographs followed by several rounds of interviews. And a lead role with an established director means a defining moment in Vikram’s career.

At a time when Vikram’s picture is being flashed everywhere as part of the film promotion, Vikram attends a party1. Here Vikram meets Zaffar (Hrithik Roshan), the previous lead for the film who left it after he got a better role in another film. After a hi-hello, Zaffar wanders off and meets Karan Zohar. Karan asks him, “Did he thank you?” Zaffar asks, “No, why should he?” “Oh, it is because you rejected the role,” clarifies Karan, “that Vikram got it.”

Behind every success (and failure) there are non-events – events that didn’t happen but could have happened. Vikram got a break because seven other actors rejected the role. Karan explains that many actors like Shah Rukh Khan and Amitabh Bachchan got a break in the film industry because several leading actors at that time had rejected the roles they got. When a new client reaches out to me for work, sometimes it is clarified that they are looking for someone because their current vendor is not available.

Mindfulness is awareness of non-events while creating a story in the head2. 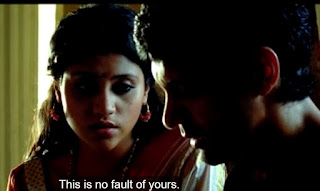 No fault of yours: This is one of the last scenes of the movie3. Vikram has become a big star. He has forgotten his friend Sona (Konkona) who supported him during his struggling years and it was she who had given Vikram’s photographs to one of the directors she knew. In the meantime, after struggling for a few years in the film industry, Sona gets a break in TV serials and makes a mark. One day, Vikram feels guilty for how he treated Sona and he visits her, apologizes her for his mistakes and requests her to become an anchor in his life. Finally, he asks her, “You don’t trust me?”

Sona tells him, “I know you are saying the truth because you are really that selfish. I was listening to you carefully. How I was part of your life. How I supported you. How I can be a support for you. This whole thing is about you, Vikram. Where am I in all this?” Finally, she adds, “It’s not your fault. What can you do? That’s who you are.”

What Sona demonstrates is also a form of heightened awareness. She is not upset with selfish Vikram. She sees that he can’t help being selfish. That’s who he is. Of course, she doesn’t go along with him but she doesn’t carry any bitterness against him. The world around us is largely selfish. The selfishness gets expressed in various forms – love, social service, employment benefits, discrimination, corruption etc. Can we become aware of the compulsions which drive these behaviours? Then there is no hurt. That doesn’t mean corruption shouldn’t be punished. But is there a need for anger or bitterness?

Mindfulness is awareness of compulsions which drive people to do things4.

In short, the two scenes mentioned here create opportunities for us to see the non-events which always exist as possibilities every moment and to see the compulsions which drive people to act, sometimes in crazy ways. When I carry this awareness, why would I take credit for a successful outcome? And, why would I be upset with anyone for a crazy looking act?

Sources:
Posted by Vinay Dabholkar at 11:25 AM 4 comments: