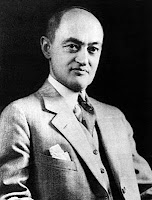 We looked at 4 types of innovations as classified by BusinessWeek in an earlier article. How has this classification evolved over the last century? To explore this question, let’s go back to 1911 when Joseph Schumpeter published his first major book on innovation titled The Theory of Economic Development. How did Schumpeter classify different types of innovations in this book? What else was interesting in this book? Let’s see these in this article.

Schumpeter identifies following five types of innovations that define the entrepreneurial act (note: the bold heading is mine).

If we compare Schumpeter’s classification with BusinessWeek classification, we will see that the first three items are the same. The fifth one, mergers and divestment, is usually not considered an innovation now. In fact, Lafley refers to innovation as the lever for organic growth in Game changer. The fourth one “new source of supply” is for some reason not so popular today.

What else is interesting in the book? One major contribution of this book is to attack the established “equilibrium” or “steady-state” view of economics. The established view assumed that there is a circular flow of goods between producers and consumers. The circular flow is like a constantly flowing river that can rise or fall slightly. But real floods or droughts do not take place, and the river can never go off its course.

Schumpeter argues in the book that the circular flow is highly irregular, floods and droughts are commonplace and entrepreneurial adventures routinely cut channels into the economic landscape. He calls entrepreneur – a modern type of “captain of industry” – obsessively seeking an innovative edge.

An important implication of this entrepreneurial adventure is that the “working class” of Karl Marx is no longer a “black hole” as assumed by Marx. And indeed around the time Schumpeter wrote this book, a working class member was indeed crossing the chasm – It was Henry Ford who was once employed at Detroit Edison Company as a Chief Engineer had founded Ford Motor Company and launched historical Model-T in 1908 which was to make him a billionaire.

Schumpeter also identifies the chief villain in this adventure: resistance to change. He says, “The resistance manifests itself in the groups threatened by the innovation, then in the difficulty finding the necessary cooperation, finally in the difficulty in winning over consumer.”

Source: Prophet of innovation: Joseph Schumpeter and Creative destruction by Thomas McCraw
Posted by Vinay Dabholkar at 9:56 AM