When Peter Drucker’s suggestion creates a black market for ideas 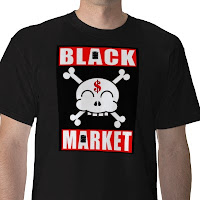 How do you make innovation part of every day life? A suggestion related to this question from Drucker created a black market of ideas in a company. What is even more surprising is that the CEO of the company likes it that way. What was the suggestion? And what did it do? Let’s look at the story presented by Robinson and Schroeder in Ideas are free.

In 1992 Martin Edelston, CEO of Boardroom Inc., invited Peter Drucker for a day of consulting. He had no specific goals in mind for the day; he simply thought Drucker might give him some interesting insights. And indeed he did. Drucker found out that most of the people he met were frustrated by the amount of time they were wasting in unproductive meetings. Drucker gave a simple suggestion. Have everyone who comes to a meeting be prepared to give and idea for making his or her work more productive or enhancing the company as a whole in some way.

Edelston liked the idea and decided to try it. Several years later the policy was formalized and incorporated into the weekly department meetings. Today, employees who fail to give in an average of two ideas each week, however small, lose their quarterly bonuses. The authors asked Edelston how often people missed these bonuses because they couldn’t come up with enough ideas. He said, “It hasn’t happened yet.”

The authors confirmed Edelston’s claim after talking to several employees. But they were not convinced that for seven years every employee had produced two ideas per week without fail. With a little more digging fuller story emerged. A lively black market had sprung up for ideas. A person who was short for a particular week would go to a coworker and borrow an idea, to be paid back at a later date.

When authors confronted Edelston with this discovery, he said, “Of course, I know about this, but I think it is great. We have succeeded in creating a culture that values ideas and gets people to share and communicate them. Wasn’t that the goal in the first place?”

The authors were still not convinced. So they asked the employees whether they thought the expectation of two ideas per week was unreasonable. And not one thought the requirement unduly harsh. In fact, they appreciated the collaborative atmosphere it created and were challenged by it.

Why make a big fuss about innovation? Why not just make it part of day to day affair like Boardroom?
Posted by Vinay Dabholkar at 4:56 PM