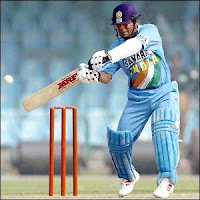 A. G. Lafley, ex-CEO of Procter & Gamble, was asked in an interview with New York Times last year, “Only half of your product innovations succeed. Why isn’t the rate higher?” AG answered, “I don’t want it to be. Human nature is such that, if we push our people to drive the batting average up, they’ll try to hit more safely, take shorter swing, go for singles instead of home runs.” In effect, AG is suggesting that we should lower our batting average in order to increase innovation productivity. Let’s explore this further.

Stefan Thomke of writes about how Bank of America turned branches into service-development laboratories during 2000 to 2003. It was a novel innovation program in banking sector. Twenty branches were converted into experimentation sites. A prototype branch was created in the bank's headquarters where team members could rehearse the steps involved in an experiment and work out any process problems before going live with customers. By May 2002, more than 200 new ideas had been generated, and forty of them had been launched as formal experiments. While the overall program was successful in improving customer satisfaction, failure rate of experiments was a challenge. Team’s original plan called for a 30% failure rate. However, the actual failure rate in the first year turned out to be only 10%. Milton Jones, one of the champions of the effort and head of quality and productivity said, “So far most of our experiments have been successful. Perhaps we don’t fail often enough”. (see also case study Bank of America by Stefan Thomke)

Posted by Vinay Dabholkar at 6:13 PM No comments:

Discipline of full-body immersion: Lessons from Ganesha and Bill Gates 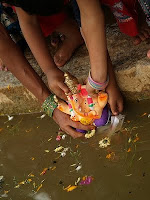 How do you get to be the god of wisdom like Ganesha? By religiously following the discipline of Full-Body Immersion (FBI). You will get a first-hand experience if you are in during Ganesha festival around this time. You will say, I am joking, right? Ok, so let’s take a semi-god instead of god, like, say Bill Gates and see if our claim holds.

During his Microsoft days Bill Gates performed a twice-yearly ritual known as “Think Week”. During this seven day period Bill would take off to a cottage on a quiet waterfront. All outside visitors – including family and Microsoft staff – are barred except for a caretaker who slipped him two simple meals a day. And what would Bill do for the whole week?

He would have taken 100+ technical papers with him mostly written by Microsoft employees and selected by his technical assistant. He would spend long hours (as many as 18 hours a day) reading on average 15 papers per day and typically hit a century by the end of the week. His record score is 112 papers. It is during Think Week that Bill came across a paper “The Internet Tidal Wave” that led Microsoft to develop its own Internet browser. Similarly focus on security and online video game business has resulted from Think Weeks.

He would also send e-mails to hundreds of people and write Think Week summary for executives. He would send his top executives a reading list. He can’t casually say, “Cool stuff” because this email might result into 20 people getting assigned to the project.

So is, FBI enough? There are so many of you who might be saying – I don’t go on a waterfront but I am immersed in my work day-in and day-out. But I don’t get ideas like Bill Gates. Well, perhaps FBI is not enough. You need to synthesize your experience and take a position on what ought to be done. I have met so many engineers who would have spent 5+ years maintaining and enhancing a complex system (such as a telecom switch) and can’t write a 2-page position paper on how the system can be improved.

I am not surprised that organizations like P&G have made FBI an integral part of their business process. For example, see Immersive research: P&G’s approach of getting deep customer insights.
How I wish we can get almost a full-year just for synthesis, like Ganesha!
Posted by Vinay Dabholkar at 9:43 AM No comments:

Why do you say - innovation is difficult, Mr. Feynman?

“Surely you're joking, Mr. Feynman!” is an autobiographical bestseller written by Nobel Laureate physicist Richard Feynman. Richard concludes the second chapter titled “String Beans” with following line: I learned that innovation is a very difficult thing in the real world. Question is: Why does one of the best scientists of last century find innovation a difficult thing? Let’s explore this question below.

Innovation custodians and their innovation philosophies 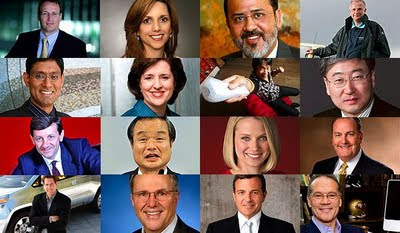 If we use the i-squared-p (idea + implementation + profit) definition of innovation, then it is inherently a cross-functional concept. However, organizations, especially large organizations are territorial. You manage either research or marketing or delivery or HR etc. Then the question arises: Who are the custodians of innovation? Which function do they belong to (research, marketing, design etc)? I looked into the 23 masters of innovation BusinessWeek put together from the 25 most innovative companies and here is what their titles look like: 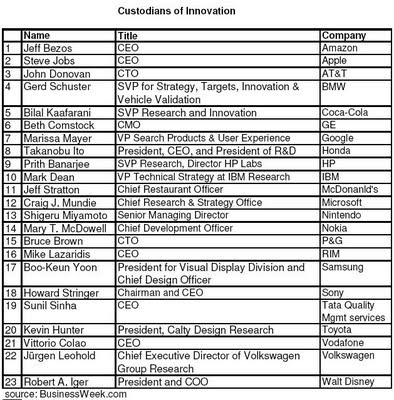 Last month I asked a question - Why don’t we hear more stories in presentations? I didn’t know the real reason that time. Now I do. It is because: Managers are from Mars and Storytellers are from Saturn. Stephen Denning, the father of organizational storytelling, explains this in his book “The leader’s guide to storytelling: Mastering the art and discipline of business narrative”

Stephen himself hails from Mars. For several decades, as a manager in the World Bank, Stephen talked the Martian language of rate of return, cost-benefit analysis, risk analysis, performance targets, bottom line. I guess you get the point. Then one day, Stephen was “sent to ” and asked to head a newly created department of knowledge management. Like any other fellow Martian, he created a PowerPoint presentation that offered cogent arguments about the need to gather the knowledge scattered throughout the organization. The ppt demonstrated the value of sharing and leveraging knowledge. Audience looked dazed (sounds familiar?). And then in a moment of desperation, something happened. Some may say it was a flash of insight. But I think it was a bug from Saturn that bit him (remember Spiderman story?) This is how Stephen narrated his vision from this point onwards. Remember this was 1996 – Internet was still like a baby learning to crawl.

In June of last year, a health worker in a town in went to the Web site of the Centers for Disease Control and got the answer to a question about the treatment of malaria. Remember that this was in , one of the poorest countries in the world, and it was in a tiny place six hundred kilometers from the capital city. But the most striking thing about this picture, at least for us, is that the World Bank isn’t in it. Despite our know-how on all kinds of poverty-related issues that knowledge isn’t available to the millions of people who could use it. Imagine if it were. Think what an organization we could become.

This simple story had a remarkable effect on the audience and it helped World Bank staff and managers envision a different kind of future for the organization. Subsequently, knowledge management became an official corporate priority for World Bank and Stephen continued to use similar stories to maintain the momentum.

But the best of Stephen was yet to come. In fact, over the last few years he has developed organizational storytelling as a discipline. In “The leaders guide to storytelling” he looks at eight different uses of story—sparking change, communicating who you are, transmitting the brand, getting people working together, transmitting values, sharing knowledge, taming the grapevine and leading into the future—and the different narrative patterns associated with those uses.

Stephen likes to think of it as the possible “sixth discipline” Peter Senge referred to in his classic “Fifth Discipline”; something as profound as the other five disciplines but perhaps more easily actionable. Bestselling author Chip Heath deservedly calls Stephen “The Warren Buffett of business communication”. I prefer to call him the “The Aesop of organizational innovation”.
Posted by Vinay Dabholkar at 7:17 PM 1 comment:

How many technical specialists do you need?

For most technology organizations, the real question isn’t whether they should have technology specialists; it is “How many?” Let’s see how Partnership Maturity Model (PMM) helps us in answering this question for IT services companies and technology captives.

How many technical specialists do you need?
View more documents from vpdabholkar.
Posted by Vinay Dabholkar at 11:11 PM No comments:

How do I design my presentation more effectively? We looked at, what can be called, the first principle: curiosity before content in this previous article. We also looked at how Steve Jobs has applied this principle and created a curiosity flow in his famous iPod launch presentation in this article. In the current article, we show a sample “bullet point” presentation and what it looks like after applying the curiosity flow technique.

If you are serious about improving design of your presentations, here is an excellent opportunity to practice the curiosity flow technique. I would recommend following:

1. If you are not familiar with “curiosity flow technique”, please read about curiosity gap theory and curiosity flow example first. This will not take more than 15 minutes.

2. Now browse through the bullet point presentation (given below).

3. Take a pencil and paper and jot down how you can create curiosity flow for this presentation

4. Now browse through the second presentation (crossing the cost-value chasm).

Chances are high; you might come up with a different curiosity flow. Please add your ideas to this article so that all the rest of us will benefit.