My 3 take-aways from “Buddhism and Modern Psychology” course 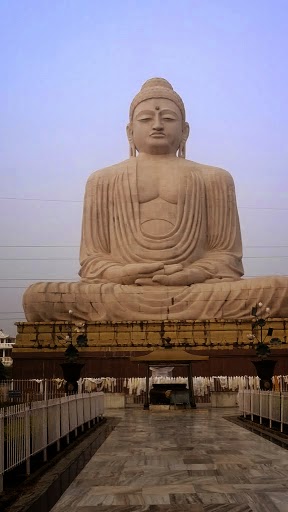 Over the past few months, I participated in “Buddhism and modern psychology” course taught by Prof. Robert Wright of Princeton at Coursera.org. It wasn’t my first MOOC but it was the first one where I had a buddy-student, my wife Gauri. Having a sounding board made a huge difference, at least to me.

Primary objective of the course was to look at scientific evaluation of Buddhist ideas such as the Four Noble Truths and the concept of no-self (Sunyata). In particular, it explored following two questions: (1) Is Buddha’s diagnosis of human predicament true? and; (2) Is Buddha’s prescription powerful and effective? It didn’t delve into Buddhist ideas such as reincarnation that were not amenable to scientific evaluation. While the course used various experimental results from psychology as a reference point, it borrowed primarily from one branch of psychology called evolutionary psychology.

The question that led Prof. Wright to this course is: Is there a religion that is compatible with modern science? I feel he made a good case for Buddhism through this course. However, I was primarily interested in a much narrower question: Can I build spiritual stamina systematically through a practice such as meditation? I was more interested in experiential learning rather than intellectual understanding – perhaps in the same spirit that Buddha advocated. Here are my 3 take-aways from the course including the as-of-now answer I found to my question. 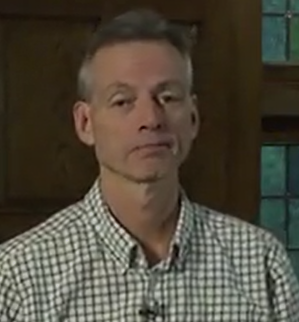 Buddha as a rebel against Natural Selection: Which recording artist sang the most Buddhist song in the history of popular music? Prof. Wright felt that Rolling Stones vocalist Mick Jagger is a strong contender for his famous song “(I can’t get no) satisfaction”. Buddha has identified perpetual unsatisfactoriness (Dukkha) as a key characteristic of human mind (The first Noble Truth). Whether it is a toy in the childhood or the salary in the adulthood, we don’t seem to have enough. Psychologists refer to a closely related concept called hedonic treadmill.

That makes sense from “selfish gene’s” point of view. Its primary objective is to propagate itself into the next generation. Hence, it is natural to strive to stand out from the crowd or outsmart your competition. Hence, if you overestimate the threats from competitors then that seems fine from natural selection’s point of view. Similarly, if you overly worry over what you will say on your date, then that makes sense too. It is not Natural Selection’s agenda that you see the world clearly.

Buddha made a claim that we can counterprogram our brain to see the world more clearly. As a result, he said, we will reduce and eventually eliminate the perpetual unsatisfactoriness altogether. Moreover, he offered a systematic path to move towards to the goal. That was a bold claim to make 2600 years ago. Hence, Prof. Wright called Buddha a rebel against Natural Selection.

Clinging to impermanent things: Buddha says that the root cause of perpetual unsatisfactoriness is our tendency to cling to impermanent things (Second Noble Truth). Impermanence as a concept is not new to us. We know that everything in nature – clouds, trees, animals, you and I as well as things we make and own such as clothes, phone, car, money come and go. So what’s the big deal here? Well, according to Buddha, the mistake we make is to cling to these objects and make them a part of our “self”. As a result, whenever my car gets a dent, I am hurt.

Buddha says that just observing this clinging process is itself an important step in reducing the clinging. How do we do it? The idea is to focus our attention inward on the objects in our experience such as sense-perceptions, thoughts, emotions etc. as they arise and pass away. For example, we can put attention on irritation as it arises and subsides. When I did that on some occasions something strange happened. The intensity of the emotion decreased. I found it easier to try this in simple situations like waiting in grocery checkout counter or while stuck in the traffic jam etc. You might say, these are really simple situations. Will this really work in conflicts where we are deeply hurt ? Well, it depends upon whether your spiritual muscle is sufficiently developed. That is where we turn to the systematic practice Buddha recommended.

Mindfulness meditation: Prof. Wright interviewed four Buddhist monks / spiritual teachers and three psychologists during the course. One of the spiritual teachers Prof. Wright interviewed is Joseph Goldstein. Joseph has been practicing and teaching Mindfulness meditation (also called Vipassana or insight meditation) for the past forty years and is a co-founder of Insight Meditation Society. Accordingly to him, Mindfulness involves three things: (1) living in the present moment (as opposed to thinking of past and future) (2) presence of an awareness that watches and; (3) presence of an open and compassionate filter through which this observation happens (as opposed to aversion and greed). Note that this definition does not include any particular sitting posture or a secluded environment. As per this definition you could be meditating while in a meeting with your boss. So why do we associate meditation with the image of sitting cross legged with eyes closed?

Well, it is like practicing in a laboratory environment where we have reduced the number of distractions to the minimum. That makes it easy to get started. In fact, the silent retreats prohibit phones, reading, TV and even talking.  Sometimes the sitting practice is considered analogous to a musician doing scales practice. However, unless you are able to integrate this practice with day-to-day activities, it does not take you very far. Are there any progress indicators in meditation?

Joseph offers an interesting progress indicator. He calls it Noticings Per Minute (NPM). How many things can you notice arising and passing away in a minute? Apparently a novice notices perhaps 10 or 15 things. But as you advance in your practice, your perception is heightened, compulsive thinking has slowed down and your NPM goes way up (perhaps several hundreds). For starters, I have begun to notice the dust on my table J and have begun cleaning it more regularly. 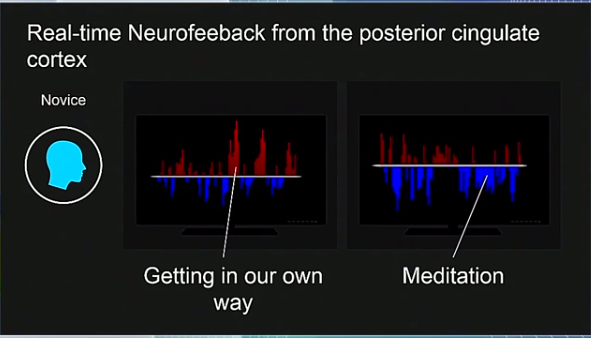 One of the psychologists Prof. Wright interviewed is Dr. Judson Brewer. Brewer is an addiction psychiatrist at Yale. He belongs to a group of scientists who study the science of meditation and investigate if it can be used as a tool to improve life. For example, in a randomized control trial, Brewer and team found that Mindfulness training was twice as effective as the gold standard “Freedom from smoking” in reducing the smoking addiction (see his TED talk). These scientists have used real-time neural feedback from brain during meditation and found out how wandering mind activity can be seen visually. In an unrelated Harvard study (2010) titled “A wandering mind is an unhappy mind”, Killingsworth and Gilbert present the result of a study involving a quarter of million samples from 5000 people in 83 countries representing 86 occupational categories.

In short, based on my limited experience, I feel that it is possible to build spiritual muscle with mindfulness practice. Overall, I felt Prof. Wright did an excellent job in exploring the intersection of two seemingly unrelated areas – spirituality and science. When I experienced the charm of Bodh Gaya and Nalanda last December, I didn’t know it would be just the beginning of a journey. Now it is for me to find a rhythm in my spiritual “jogging” practice.

Sources: Photos: Buddha (from my wife Gauri), Prof. Wright (from his class video), fMRI scan (from Dr. Brewer’s TED talk). Thanks to Gauri for reviewing the post and useful suggestions.
Posted by Vinay Dabholkar at 12:03 PM 7 comments:

Applying “bright spot” approach to “no time for innovation” syndrome

One of the common complaints I get in innovation workshops is as follows – We get many ideas but we don’t get time in our busy schedule to work on them. What can I do? Many times the participants look at me to provide some sort of solution based on my experience. My favourite response is to turn the problem on its head by using the “bright spots” approach and generate options from the participants themselves. It has always generated useful ideas. Here is how.

I first introduce the bright spots approach through a story e.g. How Jerry Sternin approached the malnutrition problem in Vietnam. Then I ask the participants following questions:

Here is a response I gathered from participants in one of the recent workshops: 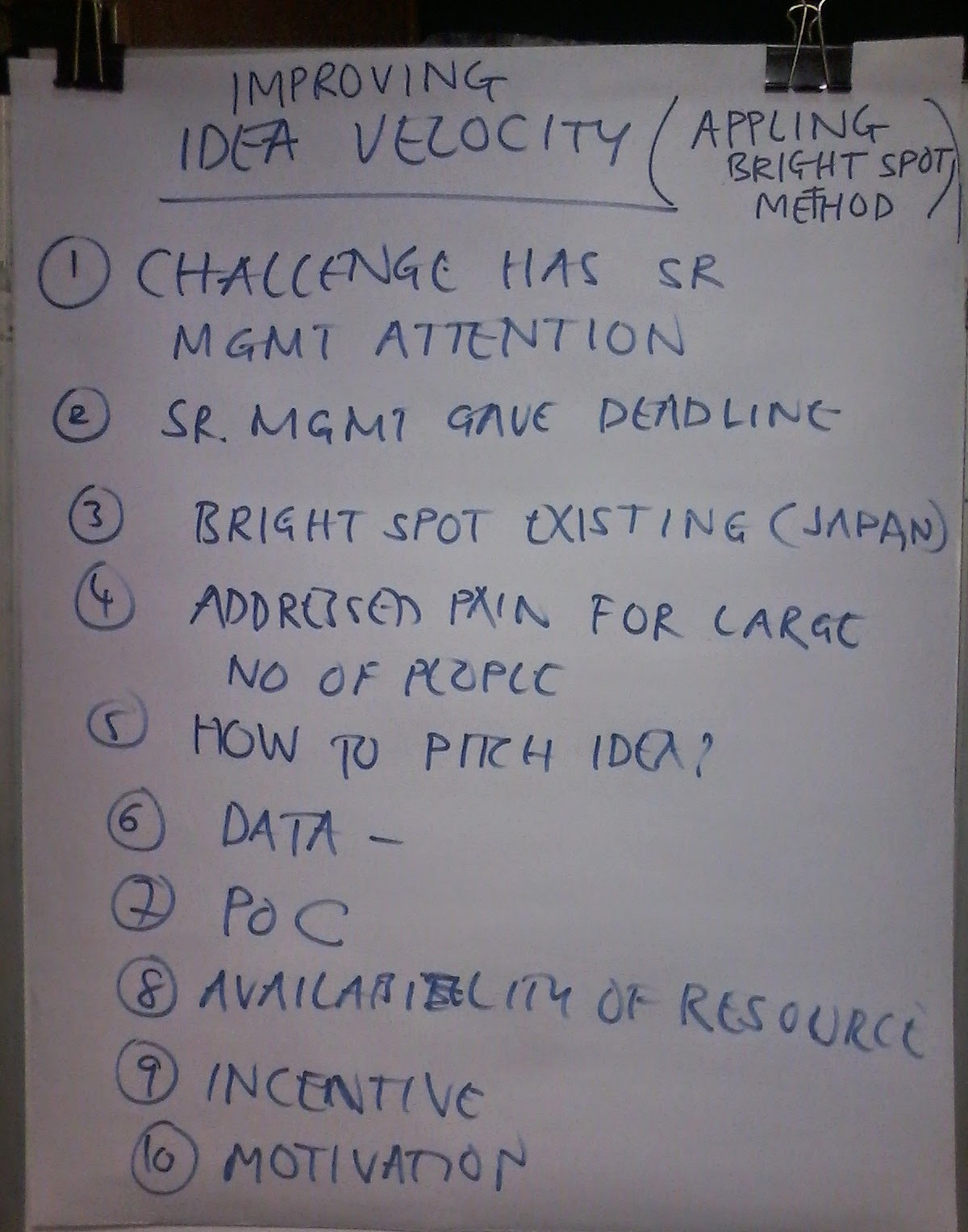 Some of these situations are not scalable. For example, #1 says, “Challenge has senior management attention”. You don’t have control on whether a particular challenge will get senior management attention. However, some others are scalable. For example, one can pick up a challenge that addresses a pain area for a large number of people in your team (#4). In a team, everybody was spending a lot of time in populating a dashboard which was possible to be generated automatically. When someone proposed a solution to automate the process, everybody backed him up. And the idea got implemented within a month. Similarly, an idea that got push back from manager moved forward when the engineer created a Proof of concept and showed him (#7).

Not everybody finds bright spots approach appealing. However, a few people are always surprised. It is a sudden discovery that a key to the problem they want to solve may be already there in their trouser pocket. At the end of the workshop, I ask for one take-away from each participant. Not surprisingly, “Bright spot” approach comes up as a take-away from at least 3-4 people.

Think about how you might apply bright spot approach to your nagging problem.
Posted by Vinay Dabholkar at 11:22 AM No comments: