From digital disruption to SaaS solution at The Washington Post: A Shailesh Prakash perspective 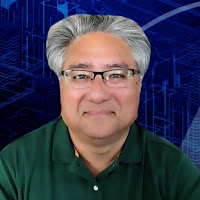 It was a pleasure to have my classmate Shailesh Prakash, EVP & CIO at The Washington Post, give a guest lecture in my class at IIM Bangalore a few months ago. “Amazon unbound” author Brad Stone calls Shailesh Jeff Bezos’ technology partner at The Post. When Bezos acquired The Post in 2013, Shailesh and his team were developing a content management system called Arc Publishing to manage functions like online publishing, blogging, podcasting, advertising, and e-commerce. By the time Shailesh addressed us last August, Arc was supporting 1.5 billion user transactions per month and powering 1500 sites across 24 countries. It has become a separate business division with 300 employees offering a SaaS (Software as a Service) product to clients like Boston Globe, Chicago Tribune, Toronto Globe and Mail, and some of the leading newspapers in Spain, France, New Zealand, etc.

The key question Shailesh explored through his interaction with students is – How does a newspaper company founded in 1877, focussed on excellence in journalism, having a little bit of chip on the shoulder, with the brand and the success that has come along the way then end up offering a SaaS product which is now with every large newspaper and many broadcasters? It was an excellent primer on how intrapreneurship can happen in an established legacy business. Here are a few highlights from his talk:

The digital disruption at the publishing industry: Shailesh began by telling us that at one point, newspapers like The Post were monopolies, owned railroads, paper mills, printing plants, logistics and supply chains, and much more. And they were very profitable delivering 2 editions every single day with deep and wide moats. However, over the last twenty years, the Internet and subsequently mobile revolution disrupted the industry. Many newspapers made the mistake of offering the content for free on the web and couldn’t sustain the business based on advertisements. Many newspapers went out of business.

Excellence in journalism and engineering: The first step in this journey, according to Shailesh, was to accept that excellence in journalism is not enough. Google, Apple, and Amazon have spoilt the consumers and they are demanding speed, beauty, and ease of access in whatever they consume. The Post had to become excellent in the other dimension - design, product, technology, and engineering in order to attract and retain its consumers. With this realization, Shailesh was hired by Don Graham, the erstwhile owner of The Post, and given the task of making the newspaper digital-friendly. With the arrival of Bezos, this initiative got accelerated further and the culture was infused with the spirit of experimentation.

Crawl, walk, run story of Arc: “It’s not that we had everything figured out,” said Shailesh, “and then we did marketing and boom!” The journey has been relatively fast but very incremental. The first step was to say that the content management system can be built in-house and doesn’t have to be bought from outside. Once some aspects of the stack were built, Shailesh got curious as to whether it can be delivered as a SaaS solution. So it was offered for free to some university newspapers like the University of Maryland, Yale, Columbia, New York University, University of Southern California, etc. The idea was to learn what it takes to run a multi-tenant architecture. Could it be ensured that the content of Yale is not seen by the student journalists in Columbia? What is the cost of running such a solution?

The next step was to offer it to a small newspaper and get paid for it. The newspaper was trying to support blogging on their site and that worked. The next step was Toronto Globe and Mail – a big newspaper in Canada. They were willing to partner at an early stage of the product development and were interested in influencing the roadmap. This was the first time two large newspapers – The Post and Toronto Globe were simultaneously using the product.

And slowly, other papers like LA Times and then broadcasters started to come in. Once supporting online subscriptions became an important feature of the platform the commerce piece, payment gateway mechanisms had to be worked out. Were there non-believers? Of course, there were. Even analysts and respected journalists were skeptical of this “side business”. Fortunately, the parent company of The Post went private during this phase and that helped. Over the years, the journalist mix in the newsroom has changed too. It now has a number of TikTok savvy native digital journalists. Now, questions like “How does one deliver stories with speed and still stay true to the brand?” have become important.

As major competitors of The Post started to come in as customers, the business agreements and associated liabilities especially for data breaches started to become nuanced. Mutual Funds wanted an ISO audit. All this pushed the boundaries for the technologists but it also meant building competence on the legal, finance, and consulting sides.

Overall, it was an enriching experience. Thanks, Shailesh for sharing your insights! I learned a lot and I am sure students did too. Wishing Arc a successful trajectory ahead!
Posted by Vinay Dabholkar at 3:28 PM No comments: