The short film “Being 97”: A humbler version of Katha Upanishad 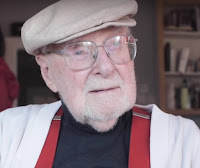 Katha Upanishad is one of the important Indian scriptures where a boy Nachiketa has a dialogue with death.  The short film “Being 97” also presents a dialogue with death except that the protagonist here is a ninety-seven-year-old former professor of Philosophy, Herbert Fingarette. Unlike Nachiketa, Herbert is not at the doorstep of death such that he can return to life after the dialogue. He is about to step in. Moreover, the dialogue in the short film is humbler in its stance as compared to Katha Upanishad in trying to probe the terrain which lies beyond death. “Being 97” is made by Andrew Hasse, Herbert’s grandson and I am really impressed by the gentleness of his approach in dealing with this delicate subject. Here are my 3 takeaways from the film:

The illusion of understanding: Herbert had been a professor of philosophy at the University of California at Santa Barbara for close to forty years. He had written several books including one on death. I have written a couple of books myself, one as a single author and another as a co-author. I know how effortful the book writing process is. Moreover, you can’t write a book unless you really believe that you understand the topic of your book. Herbert believed that anxiety about death is not rational. And yet, he admits in the film that he was wrong. Whether rational or not he feels anxious about his death. This is not to suggest that Herbert was a poor or phony researcher. On the contrary, it demonstrates how powerful the illusion of understanding is. I look at it as a warning signal to all so-called experts including myself to be a little humble about one’s claims. At ninety-seven, Herbert is able to answer the question, “What’s the point of it all?” with, “I wish I knew”. I really admire his honesty.

Importance of acceptance: One thing the film brings out is the difficulty Herbert faces in doing simple everyday tasks. For example, it shows his inability to wear a shirt himself. There is a caregiver who assists him with his chores. He had been an independent person all his life and it must have been hard to accept that you can’t do these tasks yourself. And yet, that is what Herbert has been learning. To accept the situation as it is, without inner resistance. It is such a powerful lesson. The word “acceptance” is many times misunderstood as akin to doing “silent or passive observation”. I feel the real meaning of acceptance is “inner non-resistance”. It is seeing the futility of the inner voice that says, “This shouldn’t be happening to me. I have been independent all my life. I will fight it out.” This inner voice is typically accompanied by a sustained feeling of frustration and anger. Acceptance is associated with actions in harmony with the situation.

A clue on prototyping death: Problem of death “is not just a theoretical question for me,” says Herbert, “It’s the one thing central to my existence.” If one were to understand death actually, not just theoretically, where would one begin? I feel Herbert gives us a clue, without perhaps being aware of it, when he says, “Half of me is gone and her absence has been a presence.” He is referring to his wife’s death several years earlier and its continued effect. “We were very close. We were married for probably around 70 years,” he says and it feels as though he is half-dead. If it is seen from this perspective, death can be looked upon as dying to things you really consider part of you. These could be – family, friends, possessions – both material and knowledge, status, things you feel you belong to like country, religion, political party, etc.  One’s existence is a continuation of all these things. Sometimes these are collectively referred to as self-image. Now, I can ask simple questions like – Can I die to TV for a day? Or Can I die to my phone for a day? Or can I die to the office for a day? Or can I die to the family by going to a silent retreat alone? These are not theoretical questions. You can actually experiment and test which part of the self-image is really permanent – unshakable. The boundary of the self-image can get pushed when you experiment with something like a religion which one has inherited from generations and carried for several decades. I found these experiments useful and insightful. Perhaps you may find them useful too.

Herbert passed away shortly after the film was made in late 2018. And what a beautiful piece of art the grandfather-grandson duo created! Kudos to Herbert and Andrew!

Ajanh Chamras on learnings from monkhood, Jiddu Krishnamurti and Taoism 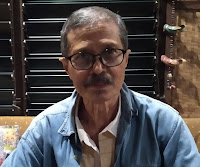 Recently, I got an opportunity to meet Ajanh Chamras at Chestnut Hill Eco Resort near Hat Yai, a beautiful place tucked in the hills in Southern Thailand. He had been associated with the former avatar of the resort called Stream Garden Retreat for close to two decades. We could see his love for the place as he volunteered to show us around. Ajanh Chamras taught psychology at Siam Technology College for several years before becoming a forest monk. After six years in the forest, he became an instructor and facilitator at the Stream Garden Retreat which was a study center based on Jiddu Krishnamurti's teachings. He translated over ten of JK's books into the Thai language. Currently, he is writing a book on the "Taoist approach to health". In this audio interview (19 minutes) Ajanh talks about his learnings from monkhood, Jiddu Krishnamurti and Taoism.

Highlights from the interview:

If you have any questions to Ajanh Chamras, you can reach out to him at chamras536@gmail.com.

Hope you enjoyed the background music of cicadas and especially the rhythmic singing of big frogs.
Posted by Vinay Dabholkar at 3:32 PM 2 comments:

Dr. Radhika Herzberger on teaching students to slow down their thinking 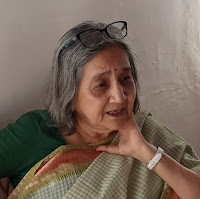 I got an opportunity to meet Dr. Radhika Herzberger on the beautiful Rishi Valley School campus last month. Radhika is a writer, educationist, and Indologist. She is a former Director of Rishi Valley Education Centre. She has been teaching culture and history for several years. Radhika is concerned about the anxiety that dominates students’ mind especially due to exam pressure and is currently exploring ways of teaching students to slow down their thinking. In this short conversation, she presents her thoughts on this theme.


If you have any questions on this, please feel free to write to Radhika at radhika@rishivalley.org.
Posted by Vinay Dabholkar at 8:26 AM No comments: