A look at Tata Nano through “Dynamic Innovation Sandbox” lens 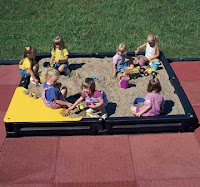 Earlier this year we looked at a structure called “Dynamic Innovation Sandbox” which creates a platform for systematic innovation. In this article let’s look at Tata Nano innovation through the sandbox lens and see how the sandbox evolved over the years.

Let’s look at each element in the context of Tata Nano:

Now, let’s ask a question: What kind of investment was it to create such a sandbox? Overall the project cost Tata Motors close to $400 million over 6 years. Let’s assume a pessimistic scenario and say that the total cost was double the original estimate and the project was delayed by 2 years. This means Tata Motors thought it would spend $200 million over say 4 years. Considering annual revenue of $2 billion in FY2003 Nano project meant significant investment. It was also perhaps the last chance for Ratan Tata to hit a sixer before his retirement. And that helped. Not every company has a Ratan Tata or a Steve Jobs who have deep insights and willing to put such bets. How are they to create innovation sandboxes? Let’s address this question soon.