Premortem: Tell me where I’m going to die, so I don’t go there 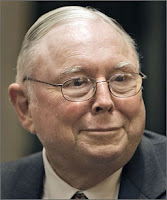 Charlie Munger is the lesser known “Siamese twin, practically” of Warren Buffett and also his partner in their business Birkshire Hathaway. They hit it off together ever since they first met half a century ago (in 1959). Among the various habits that they share between them, one of them is “an urge to preach”. In his sermon on his 80th birthday in 2004, Charlie evoked his favorite mathematician Carl Jocobi (source: Snowball). He said:

Invert, always invert. Turn the situation or problem upside down. Look at it backwards. What’s in it for the other guy? What happens if all our plans go wrong? Where don’t we want to go, and how do you get there? Instead of looking for success, make a list of how to fail instead, through sloth, envy, resentment, self-pity, entitlement, all the mental habits of self defeat. Avoid these qualities and you will succeed. Tell me where I’m going to die, that is, so I don’t go there.

Dr. Gary Klein, an intuition expert and author of “Power of Intuition”, is perhaps not as familiar

with mathematicians like Carl Jacobi as Charlie Munger. But then he is familiar with what is performed after one dies, i.e. postmortem. As Gary says in his book, “While postmortem may be helpful to those who perform it and hear about the results, it doesn’t help the central figure in the drama – the patient. Instead of waiting for the patient to die, or waiting for the project to fail, start investigating what could potentially fatal to your plans at the very beginning.” Gary calls this technique Premortem.

In Premortem, the facilitator looks into a crystal ball and sees that the project has been utter and devastating failure. He then articulates what he sees in gory details to the team. And then asks, “What could have caused this?” Each team member then writes down all the reasons she believes the failure occurred. At the end you know which are the places to avoid, or at least minimize damage. For more info, please see Gary's article in Harvard Business Review: Performing a project premortem.

Posted by Vinay Dabholkar at 9:37 PM