I won the ‘Ovarian Lottery’: Buffett says: When I was a kid, I got all kinds of good things. I had the advantage of a home where people talked about interesting things, and I had intelligent parents and I went to decent schools. I don’t think I could have been raised with a better pair of parents. That was enormously important. I didn’t get money from my parents, and I really didn’t want it. But I was born at the right time and place. I won the ‘Ovarian Lottery’. Buffett felt this all the more when he visited China in 1994 along with Bill and Melinda Gates and saw manual laborers from a close distance.
My wife ran away with my best friend and I still miss him a lot: Buffett uses this country song as a metaphor to explain how investment in a bad business like Hoschild-Kohn retail which he eventually dumped without making any money felt like. In this metaphor “best friend” is money while “wife” is the business you buy (marry) and eventually sell (divorce).

I’ve never gone to bed with an ugly woman, but I’ve sure woke up with a few: Buffett uses this country song metaphor to describe what too often happens with acquisitions. He says in 2007 letter to shareholders: To date, Dexter (a shoe company) is the worst deal that I’ve made. But I’ll make more mistakes in the future – you can bet on that. This line from Bobby Bare’s country song explains what too often happens with acquisitions.

In business, quality of boat matters a lot more than effectiveness of rowing: Buffet 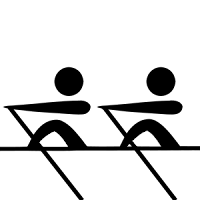 says: My conclusion from my own experiences and from much observation of other businesses is that a good managerial record (measured by economic returns) is far more a function of what business boat you get into than it is of how effectively you row (though intelligence and effort help considerably, of course, in any business, good or bad). Some years ago I wrote: “When a management with a reputation for brilliance tackles a business with a reputation for poor fundamental economics, it is the reputation of the business that remains intact.” Nothing has since changed my point of view on that matter. Should you find yourself in a chronically-leaking boat, energy devoted to changing vessels is likely to be more productive than energy devoted to patching leaks.

Note: Source for these Buffettism is either his biography Snowball or his Letters to shareholders.
Posted by Vinay Dabholkar at 9:25 PM