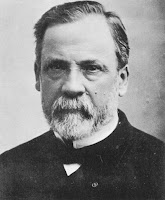 Pasteur’s first law of innovation: My wife, Gauri, teaches Physics from grade 9 to 12. These days she downloads youtube videos which effectively communicate various concepts like Doppler effect. It also makes lessons more re-usable and more teacher-independent. However, many of the fundamental laws of Physics haven’t changed much for most of the last century. Every batch of students studies Newton’s first, second and third law.
Unfortunately, Innovation does not have such first-second-third laws like Physics, at least not yet. However, I feel that Louis Pasteur’s “Chance favors prepared mind” is a strong contender for such a fundamental law of innovation. Let’s call it: Pasteur’s first law of innovation. This law emphasizes two fundamental elements associated with every innovation: (a) role of chance (b) role of prepared mind. Let’s start with the role of chance. 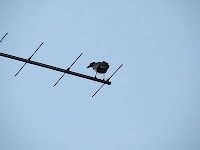 Story of bird poop: In 1965 two radio astronomers at Bell Labs, New Jersey, were bothered by a background noise while mounting a large antenna. The sound was like, a hiss, like the static you hear when you have bad reception. The scientists thought it was the bird poop. But the noise did not go away even after they cleaned the bird droppings out of the dish. It took a while for them to figure out that what they were hearing was the trace of the birth of the universe, the cosmic background microwave radiation. This discovery revived the big bang theory, a languishing idea that was posited by earlier researchers. (source: Black Swan by Nassim Taleb)

Classical model of discovery: You search for what you know (bird poop) and find something you didn’t know (cosmic microwave radiation).

Beauty of the first law of innovation: What I like about Pasteur’s first law of innovation is that it gives due respect to the role of chance. It is tempting to say that I got to where I am because I am so intelligent and hardworking. While I may very well be intelligent and hardworking, it just undermines the fact that I also got so damn lucky. But the beauty of this law is that it does not have an “unbiased coin” which gives heads 50% of the time no matter what. It says that the coin favors prepared mind. After all, when you hear a hiss, you need to (a) Go looking for bird poop – a hypothesis from the land of “known” (b) When the hypothesis fails, be open to other possibilities, especially from the land of “unknown” (such as cosmic radiation). A prepared mind is does (a) and (b) tirelessly without falling in love with the bird poop (i.e. the hypothesis).

Posted by Vinay Dabholkar at 10:21 PM