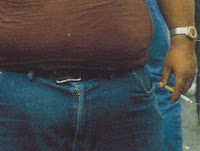 David Meister in his podcast uses “fat smoker” metaphor to tell what happens many times in executing a strategy (he also has a book with the title: Strategy and the Fat Smoker). A fat smoker knows very well that he needs to: (1) lose weight (2) give up smoking & (3) start exercising regularly. However, it never happens. And David has experienced this personally, having been a fat smoker for 37 years, before getting admitted for a kidney problem, eventually giving up smoking. Business is no different from such personal experiences. Strategy, in spite of being the obvious, does not translate into action. Before looking at why such a gap between the “obvious” and the “action”, let’s look at Warren Buffett’s story from General Re, a Birkshire Hathaway company, where a business unit had exposure to sub-prime mortgages, Warren knew its risks and didn’t act upon it in timely manner: (source: Snowball):

Both Charile (Munger) and I knew at the time of the Gen Re purchase that it (sub-prime exposure) was a problem and told its management that we wanted to exit the business. It was my responsibility to make sure that happened. Rather than address the situation head-on, however, I wasted several years while we attempted to sell the operation. That was a doomed endeavor, because no realistic solution could have extracted us from the maze of liabilities that was going to exist for decades. So, I failed in my attempt to exit painlessly, and in the meantime more trades were put on the books. Fault me for dithering (what Charile calls thumb-sucking). When a problem exists, whether in personnel or in business operations, the time to act is now.

What could be the reason why “the obvious” does not translate into “actions”? I can think of following:

What do you think?
Posted by Vinay Dabholkar at 9:49 AM