Innovations in the industrial sector of India: A Ratan Tata perspective 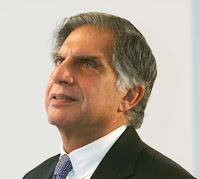 We saw in an earlier post that in the past 35 years industrial sector in has been missing in action as far as technology development is concerned. Why? Perhaps Ratan Tata’s interview in Economic Times on Jan 11th 2008 may give us some clue. Ratan Tata was asked following question: What does it take for industrial corporations like Tata Motors to innovate in a knowledge era? This is what Ratan Tata answered:

I think one thing that needs to happen is challenges need to be given to the organization. Let’s discuss about Tata Motors. In developing the small car, we have filed 40 patents in relation to the small car. Tata Motors since last year has filed some 200 patents; the year before we filed 30 patents. And probably if I go back, then for three years we didn’t file any.

[Traditionally] know-how came from somewhere, we produced the product, we badged it ourselves or we put the foreign badges, put it into the market and in some cases, Indian companies were free to enhance that product, while in other cases they had no right to touch that product from what it was.

I think that reduced the challenges to just meeting cost challenges in manufacturing etc. And therefore in manufacturing, we learnt from systems that foreign partners brought, we learnt from techniques that existed and we added some in . We never really, except in the pharma area, tried to venture out on our own. And I think, many of our companies changed that. You know normally, if you want to do something, the normal reaction from the Indian manufacturer is who are the people doing this? See if I can get a JV with them and come to .

I think Rata Tata has aptly summarized the ethos that has been part of ’s industrial sector for several decades. Of course, it is changing today. We are not only thinking “products” but also thinking “platforms”. Alfred Chandler Jr., the father of business history as a discipline, would call it Economies of scale (How many million Nanos do you manufacture a year?) and scope (In how many models do you re-use the Nano platform?). While the concept of “scale” is not new to us, the concept of “scope” is. When Maruti announced that they are consolidating their platforms from 8 to 3 last year, the Economic Times article defined what a platform is: A platform is a common architecture for multiple car models that covers design, engineering, production and major components. For example, Alto, WagonR and Estilo are based on the same platform.

Let’s hope that companies like Tata Motors and Maruti lead the innovation movement in the industrial sector of and make it globally competitive.
Posted by Vinay Dabholkar at 9:59 PM