The Corporation that changed the world: How the East India Company shaped the modern multinational 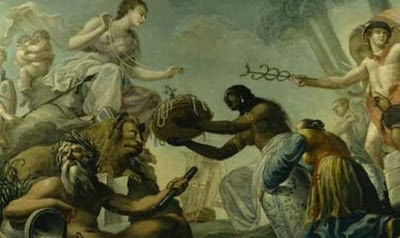 Founded on a cold New Year’s Eve of 1600, ’s East India Company is considered to be the mother of the modern corporation. Like most MNCs of today, creating profit for its shareholders was its primary objective. One of the means through which the profit was achieved, trade, is still a respectable means of profit in many MNCs. Another means, “corruption” also has an illegal but a clandestine existence in a few places. But the East India Company’s most profitable practice is all but vanished: Looting. Following the battle with Nawab of Bengal at Plassey, 90 miles north of , in 1757 the Company loaded the treasury’s gold and silver onto a fleet of over a hundred boats and sent them downriver to . In one stroke, Robert Clive, head of the Company’s private army (or Looting practice), had netted £2.5 million for the Company and £234,000 for himself. Today this would be £232 million corporate windfall and a cool £22 million success fee for Clive. It is perhaps better understood as the East India Company’s most successful business deal. Clive could easily teach “free cash flow” to Warren Buffett.

Author Nick Robbins beautifully captures the 278 years of history of the East India Company (1600-1878) in the book The Corporation that changed the world. The book was written at the backdrop of Enron scandal. Not surprisingly, corporate social responsibility (or lack thereof) in a large organization is one of the central themes of the book.

The book begins by articulating a painting (see the picture above) that got installed in their headquarters, East India House in 1778. The painting, 10ft x 8ft, was titled The East Offering Her Riches to Britannia was fixed to the ceiling of the Company’s revenue committee room, where the directors monitored the flow of profit and loss. It was equivalent to a modern day vision statement and I feel it is a best practice worth emulating. At the heart of the painting is the relationship of three women, each representing her country. The scene is an Asian shoreline. Sitting high on a rock high to the left, a fair Britannia looks down on a kneeling who offers her crown surrounded by rubies and pearls. Beside her, presents her own tribute of porcelain and tea. From a grove of palm trees to the right comes a convoy of laborers carrying bales of cloth, along with an elephant and a camel, all directed westward by stern Mercury, the classical god of commerce. Do you still have any questions on the vision of the Company?

In August 1765 Shah Alam II officially granted the Company diwani, a complete control of tax collection for more than 10 million people in . When the news of diwani reached on 19 April 1766, the Company’s share stood at £165. Suddenly there was an ‘ungovernable impatience to be rich’ and a ‘contempt for slow, sure and moderate gains’. By the middle of June, the share price surged to £187 finally settling at £233 by Christmas. To get a larger slice of ’s wealth shareholders met from noon on 18 May 1767 to 4am the following day on the dividend rate, eventually voting themselves an increase from 10 to 12.5 per cent.

I find the book fascinating and I am sure to write more stories from the book on this blog.
Posted by Vinay Dabholkar at 10:34 PM