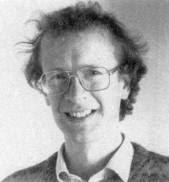 Fermat’s Last Theorem: When do people commit themselves to solving seemingly impossible problems? And how do some of the successful ones approach such problems? Let’s explore these 2 questions with the example of how Prof. Andrew Wiles of Princeton solved Fermat’s Last Theorem (called FLT henceforth) 14 years ago on 25th October 1994. When Andrew released a manuscript presenting the proof of FLT, it was a significant event in the history of mathematics. It put to rest a problem which remained unsolved for 357 years in spite of various attempts by top mathematicians of each century. (Source for all the information is a classic book from Simon Singh: Fermat's Enigma.)

Moment of commitment: Andrew’s affair with FLT began at the age of 10 when he found the problem in a book in a library. By the time he entered graduate school in Cambridge, he had studied all the past attempts to solve the problem. However, FLT wasn’t an acceptable topic of study towards PhD. As Andrew says, “The risk of working with FLT was that you could spend years getting nowhere”. Andrew’s PhD supervisor, Prof. John Coats, suggested that he should work in an area called elliptical curves. A turning point came in summer of 1986 when Ken Ribet of Berkley proved a strong linkage between a conjecture called Taniyama-Shimura (TS) conjecture and FLT. This effectively meant, to prove FLT all you need to do is to prove TS conjecture. TS dealt with two disjoint areas of mathematics elliptical curves and modular forms, one of which Andrew was already a known expert. When Andrew heard this news at a friend’s place, he knew, “At that moment that course of my life was changing … It meant that my childhood dream was a respectable thing to work on. I just knew that I could never let that go.”

Andrew weighs affordable loss: Andrew says, “Of course the TS conjecture had been open for many years. No one had any idea how to approach it but at least it was a mainstream mathematics. I could try and prove results, which, even if they didn’t get the whole thing, would be worthwhile mathematics. I didn’t think I’d be wasting my time. So the romance of Fermat which had held me all my life was now combined with a problem that was professionally acceptable”.

Andrew’s approach: Andrew knew that any serious attempt on the proof could easily require ten years of single-minded effort. For the next 18 months Andrew spent time familiarizing himself with every bit of mathematics that had ever been applied to, or had been derived from, elliptical equations or modular forms. He also knew that anything to do with FLT generates too much interest and that could distract him. He made a remarkable decision to work in complete isolation and secrecy in his attic. For the next seven years Andrew was to make a series of extraordinary discoveries, none of which would be discussed or published until his proof was complete.

Andrew on moment of insights: “Often you write something down to clarify your thoughts. In particular when you’ve reached a real impasse, when there’s a real problem that you want to overcome, then the routine kind of (mathematical) thinking is of no use to you. Leading up to that kind of new idea there has to be a long period of tremendous focus on the problem without any distraction. You have to think about nothing but that problem – just concentrate on it. Then you stop. Afterwards there seems to be a kind of period of relaxation during which the subconscious appears to take over, and it’s during that time that some new insight comes.”

To summarize: People commit to seemingly impossible problems when two things happen: (1) The problem is close to their heart (e.g. childhood dream in case of Andrew) and (2) Affordable loss doesn't look intimidating anymore. Serious players are in the game for a long haul (e.g. Andrew committed 10 years for the problem) and spend significant time in sharpening the tools (18 months in case of Andrew). Do check out the striking similarity between Andrew's view of how insight occurs and what we presented in Innovation trigger: idea vs insight.

Posted by Vinay Dabholkar at 9:35 AM