Being a contrarian: It isn’t difficult to take a contrarian view. After all, what does it take to start saying, “From tomorrow, sun will rise from the west”? However, it is much more difficult to execute a contrarian view as it involves getting a buy-in from the very people whose beliefs you are contradicting. Let’s see this phenomenon with the example of two contrarians, one who executed his views successfully and the other who didn’t. Let’s start with the latter.
Dr. Doom is doomed: Numbered among the UK’s most powerful people in the 1990s, Tony Dye managed more than £50 billion as the Chief Investment Officer of Phillips & Drew Funds 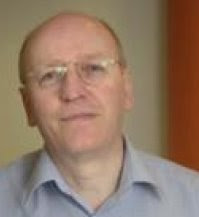 Management (PDFM), one of the biggest UK pension funds. In 1995, believing that share prices were too high, he moved £10 billion of his clients’ money out of stocks and into cash and bonds. His decision made front-page news, and TV crews camped outside his home to film the man who was portrayed as gambling with people’s pension funds by placing it in cash. By the start of 2000 the markets were still booming, and the media started to ridicule Dye’s warnings and nicknamed him “Dr. Doom”. Under pressure, because of PDFM’s increasing underperformance in a bull market, he stepped down in March of that year. Sure enough days after Dye’s exit and before the management had time to change the strategy, market crashed. By June 2000 PDFM soared to the top of pension fund performance tables earning its clients 6.4 percent in three months. Hundreds of fund managers who were proved disastrously wrong kept their jobs because they were all wrong in a big herd. In the hindsight, Tony was right but he still lost his job.

Warren, what’s wrong? Across the Atlantic in the Midwestern city of Omaha, Nebraska there lives another contrarian who carried views similar to Tony’s. In July 1999, Warren Buffett addressed corporate bigwigs at Allen & Co.’s annual bash in Sun Valley, Idaho (source: The Snowball: Warren Buffett and the business of life). The audience included Media moguls 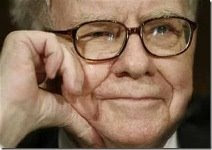 like Eisner of Disney, Hefner of Playboy and technology moguls like his friend Bill Gates and Michael Dell. By looking at two 17 year periods that American investors experienced from 1964 to 1981 and then from 1981 to 1998, Warren forecasted that returns from stocks were due to fall dramatically. Warren’s Berkshire Hathaway (BRK) had not invested in technology stocks. By December 1999, BRK share was down to $56,100 from its June 1998 peak of $80,900. On the eve of the millennium, Barron’s, a weekly must-read on Wall Street put Buffett on its cover and asked, “Warren, what’s wrong?” Buffett did not respond. Not only did Buffett & BRK survive the dot-com bubble and bust, he rose more than anyone else and is back with a bang with his “Time to be greedy” view during the current downturn. BRK has invested more than $10 billion in just one month (Sept 2008) in GE, Goldman Sachs, and Constellation Energy!

Role of credibility: What makes Warren execute his contrarian view while people like Tony can’t? In my opinion, what differentiates Warren from the rest is the credibility he has built over 50+ years since he started his hedge fund in 1956. In fact, 1999 bubble wasn’t the first bubble where Warren held a significant contrarian position. Exactly 30 years earlier, in 1969, when Warren felt that the market was overvalued, he closed his firm, Buffett Pertnership and returned moneys (over $100 million) back to his clients. He wrote in his 1969 letter to partners, “I am not attuned to this market environment, and I don’t want to spoil a decent record by trying to play a game I don’t understand just so I can go out a hero.”

But then you may ask, “Sure enough Warren didn’t have the credibility when he started out. How did he carry out his contrarian view then?” Ah! There lies the beauty of Warren’s foresight. When he started his hedge fund, Warren was extremely cautious of choosing from whom he is taking the money. In fact the first seven partners he invited were his family and friends, people he was sure trusted him. And even to them he laid out his ground rules at a dinner party at Omaha Club and he told them, “If you don’t feel this way you shouldn’t join, because I don’t want you unhappy while I’m happy and vice versa.” (source: The Snowball: Warren Buffett and the business of life).

Moral of the story: To execute a contrarian view, credibility plays a big role. Position (like Chief Investment Officer) does not guarantee credibility; it needs careful nurturing over long enough period with or without a position.
Posted by Vinay Dabholkar at 7:59 PM