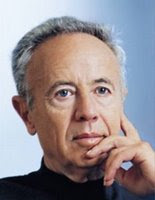 Intel’s exit from memory biz: In 1985, Intel decided to exit memory business and focus on microprocessor business. According to Andrew Grove, former CEO of Intel, this decision was equivalent to Coca Cola exiting soft drinks business. How did Intel come to take such a bold step? Let’s look at this story from Andy Grove’s eyes.

Clean slate enquiry: Andy narrates the incident in Only the paranoid survive when the moment of truth hit him and Intel’s chairman & CEO Gordon Moore. We just went on losing more and more money. It was a grim and frustrating year. During that time we worked hard without a clear notion of how things were ever going to get better. I remember a time in the middle of 1985, I was in my office with Intel’s chairman & CEO Gordon Moore and we were discussing our quandary. I looked out the window at the Ferris wheel of the Great America amusement park revolving in the distance, then I turned back to Gordon and asked, “If we got kicked out and the board brought in a new CEO, what do you think he would do?” Gordon answered without hesitation, “He would get us out of memories.” I stared at him, numb, then said, “Why shouldn’t you and I walk out the door, come back and do it ourselves?” Post this insight, Intel identified microprocessors as their future. They had been supplying microprocessors to IBM-compatible PCs for nearly five years already. And the rest is history.

2 good things & 1 bad thing: In an interview with innovate, Andy talks about two things that were good and one thing that was bad about this decision. First good thing was that Intel management had allowed microprocessors to grow spontaneously, not because management realized microprocessors were going to be very important. In 1985 the business had grown enough to become a viable alternative to memory business. Second good thing was that management had the ability to look at the sick business (memories), look at alternatives (microprocessors) and had the courage to take a decision and act on it. The bad thing, according to Andy, was that the management wasn’t conscious of “why microprocessors?” in spite of the messages they received. In fact, Andy narrates an exit interview where Steve, a young employee said, “Andy, if I were you, I would take microprocessors seriously. We should learn how to use microprocessors and become an expert.” Andy said, “Sure” and never paid any further attention.

Role of clean slate enquiry: It is good to do a “clean slate” enquiry once in a while and ask, “If a new guy comes in my place, what is the first thing he would do?” Perhaps this will open doors to new alternatives. However, what is much more difficult to do is to decide when to take “Steve” (the guy in the exit interview) seriously and when not to.

Posted by Vinay Dabholkar at 10:56 AM