2 ways of learning to fail with comfort 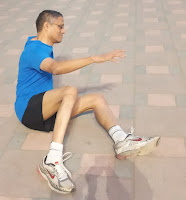 Failing can’t be a comfortable event. Or so I believed for a long time. Until I came across a suggestion from Nassim Taleb thirteen years ago (December 2008) which said, “Learn to fail with pride, comfort and pleasure”. My initial reaction was disbelief. And yet I decided to take the suggestion very seriously and kept on testing it as a hypothesis. Over the past decade, I discovered that I don’t experience pride and pleasure when things don’t work out. However, I felt it is possible to be comfortable with failing. And the experimentation involved trying 2 broad approaches: (a) protecting against the downside, and (b) subtracting expectations both of which came from Taleb himself. So here is a short reflection on what these approaches meant for me. But let me begin with the context.

Nassim Taleb’s interview was published in December 2008 issue of McKinsey Quarterly. It was related to Taleb’s book “The black swan: The impact of the highly improbable” which got published in 2007 and became a big hit especially during the financial crisis of 2008. In this interview he was asked, “What would your ideas look like in practice for, say a manufacturer?” And Taleb said, “If risk doesn’t cost you a lot, take all the risk you can. Do more trial and error. Learn to fail with pride, comfort and pleasure.” And then he added, “But try to have less downside exposure by building more slack into your system through redundancy, more insurance, more cash, and less leverage. Imagine a shock. What will happen if there’s a shock? How many months could you keep operating?”

When I read Taleb’s interview in December 2008, I was self-employed for a little over two years. My consulting pipeline was dry and with the impending downturn there was failure written all over. I was uncomfortable and anxious, far away from being proud and pleasurable. We had moved into a new apartment and there was a burden of housing loan. And hence, I was both sceptical and curious about “learning to fail with pride, comfort and pleasure”. It didn’t take me much time to drop the “pride and pleasure” part as unnecessary and stick to just “learn to fail with comfort”. Here is what it meant for me to experiment with the two approaches:

Protect against downside: Over the next few years, I did following:

Subtract expectations: No matter how much one tries to protect oneself, with helmet, cash, insurance or a vaccine, an accident or a virus can spring unexpected surprises. And the setback could feel like a failure. This is where we turn to the question: Why expect at all that life will be smooth? In fact, can one routinely anticipate disruptions?

Seneca, a first century Stoic, is one of Taleb’s heroes in the book “Antifragile: Things that gain from disorder”. Seneca used to mentally write-off all his possessions before going to bed as if he were to be in a shipwreck. If he still had them when he woke up, it was a bonus.  Seneca was a shipwreck survivor and perhaps he had experienced the fragility of life first-hand. Taleb quotes Seneca, “He is in debt, whether he borrowed from another person or from fortune.”

Thus expectations or desires are also a kind of debt which turns into obligations to be fulfilled. When not fulfilled it feels like a failure. “Oh, I couldn’t buy the car I wanted so badly.” But subtracting expectation debt is not as easy as paying off monetary debt. Expectations can be deep-rooted and subtle. We can’t just subtract the waves on the ocean, can we? So this is what I learned from spiritual teachers like Jiddu Krishnamurti, David Bohm and Eckhart Tolle that I could apply it my context.

Does it mean I have no expectations? No. I do make plans – some short term (course teaching plan) and some long-term (consulting focus for the next few years). Earning a livelihood is still important. However, if things don’t go as per the plan, and they invariably do, it doesn’t surprise me. In fact, I anticipate and watch out for surprising signals, both positive and negative and course correct if necessary. And failing has felt normal and comfortable for the past several years.