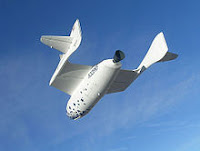 Prof. Jagdish Sheth of delivered a great speech in 2005 in a jam-packed auditorium at Sasken, my ex-employer. He talked about various tectonic shifts that are happening around us. Someone asked Prof. Sheth during the Q&A, “What do you think of space tourism?” Everybody laughed. Sheth answered, “I wouldn’t laugh. Richard Branson has entered the game. He is not a fool.” I didn’t know much about space tourism and Richard Branson at that time. But a question came to my mind, “Is Richard Branson really serious about this? Or is he one of those crazy rich guys who don’t know what to do with their money?” Recently I came across Richard’s book Business stripped bare in which he has narrated the process that went behind his investments in space tourism and formation of his venture Virgin Galactic. How did Richard go about investigating and investing in space tourism? Let’s explore in this article.

After the recommendation of Margaret Thatcher, Gorbachev invited Richard for a meeting at on the . A few days later Richard was given a VIP tour of at Baikonur in . This was the secret world where Sputnik satellite, the Vostok, Voshkod and Soyuz manned missions were designed. This was where Yuri Gagarin blasted off in space in April 1961. Richard was offered once-in-a-lifetime opportunity - To be the first space tourist in the world. Price tag? Over $30 million. Richard declined. Dennis Tito, an engineer at Jet Propulsion Laboratory, became the first civilian to go into space in 2001. Another half a dozen have followed suite since then with a cumulative ticket price of $200 million.

During the Kazakhastan visit curiosity bug bit Richard. Can the price tag be lowered significantly? Since then he had been keeping tabs on anything and everything to do with going into the space. In 2002, Furton one of the leading space consultancies predicted that from 2011 there will be 2000 tourist astronauts a year. And as the costs come down by 2021 there will be 15000 a year and revenue potential will be $700 million a year. Richard felt that Furton study is pessimistic. He set a target price of $100,000 for a space tour.

The tipping point came with the announcement of Ansari X Prize by space entrepreneur Peter Diamandis 1996. The X Prize set a simple challenge: carry 3 people 100km above the Earth’s surface, twice within two weeks. The contest had 29 entrants but only three serious contenders. Of these, only one managed to get serious funding – SpaceShipOne or simply SS1. SS1 was backed by Microsoft co-founder Paul Allen.

SS1 was started by Burt Rutan, the designer of Voyager, the largest all composite aeroplane ever built. It was made from glass, graphite and aramid and bonded with epoxies and resins. SS1 design extremely fault-tolerant and very green. Exactly how green? Well, a flight into the space and back would release less CO2 than equivalent of a person flying from to and back. Contrast this with NASA’s Space Shuttle which has the same environmental output of the population of over the average weekend!

On 17 December 2003 SS1 broke through the sound barrier during its first manned test flight. On 21 June 2004, Mike Melvill flew SS1 above 100km altitude. This was space. After space flights on 29th Sept and 4th Oct 2004, SS1 won the Ansari X Prize. By then $100 million had been spent on the program. On 27 July 2005 Virgin Galactic and Burt announced a partnership where Burt’s company would undertake all the R&D and certification of the spacecraft and Virgin would do the marketing.

Wikipedia says - Richard unveiled the rocket plane on Monday 7th December 2009. SS2 was presented to the world in the Mojave desert, in . The vehicle will undergo testing over the next 18 months before being allowed to take ticketed individuals on short-hop trips just above the atmosphere. It is expected to carry six passengers with a total sub-orbital flight of 3.5 hours. The weightlessness will last approximately 6 minutes during which time passengers will be able to release themselves from their seats and float around the cabin! Price tag? $200K with a $20K deposit.

Are you game?
Posted by Vinay Dabholkar at 8:45 AM