Prototyping to clarify requirements: a 747 experience 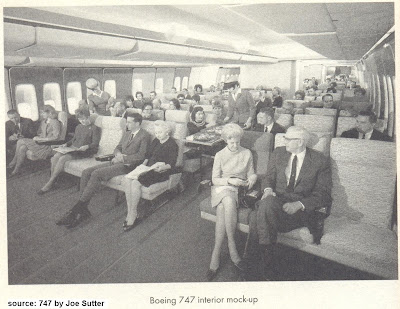 is building a prototype civilian aircraft through a public-private partnership. Expected time? 5-6 years. Expected cost? Rs. 5000 Crores ($1Billion)! Doesn’t quite fit into our image of “quick & dirty”, does it? What kind of prototyping is involved in developing a jetliner? Joe Sutter, Boeing’s retired chief engineer, has written a beautiful narrative on what it meant to develop a jumbo-jet back the 60s in his book: 747: Creating world’s first jumbo jet and other adventures from a life in aviation. Let’s look at three prototyping stories during 747’s evolution.

It all started in August 1965 with a requirement from Boeing’s biggest customer and the most influential international airline then: PanAm. It had already launched two large airlines - Boeing’s 707 and ’s DC-8 – each carrying about 140 passengers. PanAm now wanted a really big jet carrying upwards of 400 passengers at one time. That’s two and a half times the 707 capacity! Knowing PanAm’s chairman Juan Trippe’s bias for “ocean liner paradigm” people knew he is expecting a double-decker jet. Here is how Joe & his team used prototyping to clarify the requirements.

First thing was to get the size of the plane clarified. So Joe’s team worked out preliminary parametric studies to generate airplane weight, size and performance figures. They also asked other customers, TWA, British Airways, Japan Airlines and other international carriers what they felt they needed in the way of a big jet. But they didn’t get meaningful response. So Joe & team did something interesting. They proposed three different airplane sizes to the airlines, a 250-seater, a 300-seater, and a 350-seater. They also supplied basic weights, performance parameters and operating economics for each of the options. This approach worked and the results were surprising. Every single airline had chosen the largest size (last option).

Boeing engineer Rowland Brown drew hundreds of double-decker drawings. But none were satisfactory to Joe and Milton Heinemann, a payloads engineer. FAA regulations required that it should be possible to evacuate all passengers within 90 seconds, in case of emergencies occurring on the ground. It wasn’t clear how this requirement could be met with a double-decker. Finally, Joe suggested, “Why not put a wide single deck fuselage onto the drawing board by way of comparison?” Row Brown started drawing single-deck cross sections. In Joe’s words: We did rapid studies of the “cut to the chase” variety, with a healthy dose of horse sense factored in. The wide single deck idea indeed made more sense.