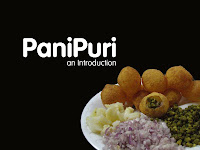 Metaphors serve as a powerful tool in communicating ideas. For example, award winning presentation “Pani Puri: an introduction” uses metaphors like Mother Earth and Web 2.0 very effectively in showing what PaniPuri is about. (If you haven’t seen the presentation, you should) What could be even more powerful than such metaphors when it comes to explaining Panipuri? Of course, a few samples of Panipuri passed around in the audience. No amount of metaphors can beat what Chip and Dan Heath call, bringing a little reality to the room (see rule-5 in Making presentations that stick). Let’s see how Bill Gates uses this principle effectively in his TED talk.

Bill wanted to communicate what a terrible thing malaria is and how it deserves a lot more attention than what is given. Before we see what Bill did, let’s look at a few options available to him for his presentation (I am sure you can find more). He could:
Bill does use option-1 and talk about the millions of deaths caused by malaria. In fact, he puts the number in context by saying “There is more money put into the baldness drugs than in

malaria. Now, baldness is a terrible thing and rich men are afflicted by it. Hence, the priority is set”. But what he does brilliantly is in using option-5. How does he bring a little bit of malaria to the room?

He says, “Malaria is, of course, transmitted by mosquitoes. I brought some here so you could experience it.” Then he opens a jar of mosquitoes and says, “Let those roam around the auditorium a little bit. There is no reason only poor people should have the experience.” He gives some time for the mosquitoes to go around and more importantly for people to visualize some of the mosquitoes biting them and causing malaria. Finally saying, “Those mosquitoes are not infected”
When you are preparing your next presentation, ask yourself, “Can I bring a little reality to the room?”
Posted by Vinay Dabholkar at 8:25 AM