Warren Buffett’s biggest mistake and the psychology of decision making 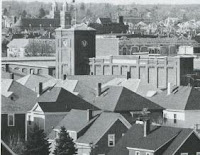 When Warren Buffett speaks it appears as though an old sage is speaking. And yet he is so fond of talking about his fallibility. During his first visit this week, he said in an interview with ET, “I have made plenty of mistakes. Over the last 60 years, sometimes I have misread the future. [And] that’s gonna happen to me again in the future”. Interestingly his biggest mistake didn’t happen because he misread the future. It happened because he got mad at the person on the other side and ended up buying instead of selling. How did that happen? And what were its implications for Buffett? Let's see in brief below.

Berkshire Hathaway (BH) was formed in 1954 in , from the merger of two textile mills each of which traces its origin to 19th century. By the time Buffett’s buddy Dan Cowin from Graham-circle suggested him the idea of buying BH, it was making losses for over a decade. However, BH was interesting to Buffett because it was selling cheap. According to its accountants it was worth $22 million as a business or $19.46 per share. And yet, you could buy a share for just $7.50. BH’s President Seabury Stanton knew this as well and whenever he would close a mill and sell its assets, he would issue a tender to buy-back shares. So Buffett devised a strategy to buy BH on a low tide and sell whenever issues a tender for stock purchase at some profit. The point is Buffett started buying BH not for keeping it forever but for selling it.

In his usual style, Buffett drove up to one day to see the place for himself. When Buffett was reluctantly ushered into ’s palatially furnished, ballroom-size office, he saw that there was no place anywhere near ’s desk to sit. The seventy one year old six-feet two niches was used to summoning people to stand before him while he sat behind his desk. The two men seated themselves at the uncomfortable rectangular glass conference table in a corner and asked Buffett at which price would he sell when the next tender comes up. Buffett said, “I‘d sell at $11.50 a share if it’s in the reasonably near future”. However, when Buffett actually received the tender letter back in a few weeks later, Stanton had quoted $11 3/8. Buffett felt cheated him for 12.5 cents less per share. He got furious and decided he would buy a controlling stake of BH and fire . And that’s what he ended up doing.

Unfortunately, what Buffett got at the end of the heroic act was a lousy business. This is how Buffett remembers what happened next in his 2010 letter to shareholders, “The dumbest thing I could have done was to pursue “opportunities” to improve and expand the existing textile operation – so for years that’s exactly what I did. And then, in a final burst of brilliance, I went out and bought another textile company. Aaaaaaargh! Eventually I came to my senses, heading first into insurance and then into other industries.” No wonder when MBA students at asked him about his mistakes, he said, “Number one is Berkshire Hathaway”

Elephant-Rider model we looked at earlier tells us that our decisions are mostly governed by the Elephant side of our thinking. And the Elephant is emotional. And when emotion takes over, the tiny Rider which is the rational side of our thinking has no chance of influencing the decision. This Warren Buffett story illustrates how weak the Rider is even if you have the best Rider in the world.

Image source: www.rationalwalk.com/?p=5052
Posted by Vinay Dabholkar at 10:44 AM