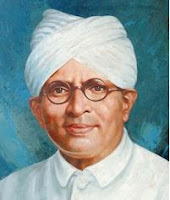 Each of the four businessmen in Gita Piramal’s “Business Legends” – Kasturbhai Lalbhai, Ghanshyamdas Birla, Walchand Hirachand Doshi and J R D Tata – is legendary in his own way. However, Walchand Hirachand appealed to me in a special way. If Jamsetji Tata and Mahatma Gandhi epitomized systematic innovation then Walchand Hirachand epitomized non-systematic innovation. If Warren Buffett was paranoid about wide margin of safety then Walchand thrived on narrow margin of safety. Why do I call Walchand, the man behind several pioneering works in from Bhor Ghat railway tunnels between Mumbai and Pune to Hindustan Aeronautics Limited (HAL) in , a non-systematic innovator and yet adore him so much? Let’s see in this article.

Walchand was born on 23 November 1882 in , , to Raju and Hirachand Doshi, a devout Digambar Jain trader family. Walchand learnt the tricks of trade the hard way, losing money in the first two attempts – a speculative jowar trade and even more speculative cotton trade. His loss in the second attempt was even bigger than the first. Walchand had also concluded that banking was not for him as he considered collecting interest was ‘a woman’s job’.

A turning point came when Walchand was twenty-one years old and frustrated with life. This is when he met Laxmanrao Phatak, a thirty-something ex-railway Brahmin clerk. Both shared a love for Marathi literature, theatre and movies. By the time the two met, Phatak had gained a thorough knowledge of the way the wheels of railway affairs revolved, what strings to pull, how to manipulate the allotment of funds and turn it to advantage. In 1903, Phatak and Walchand joined hands and bid for a tender to lay seven mile narrow gauge track near Barsi. Walchand convinced his father and uncle to put in Rs. 80,000 and a partnership registered in October that year was to last fourteen years and take both their careers to new heights.

Walchand entered shipping accidentally. Mr. Watson, a senior Crompton executive, told him over lunch in a train journey to that a steamer which had been purchased by Maharaja of Scindia during the war was up for sale. Walchand was so fascinated by the idea of a shipping venture that on reaching he drove straight to the docks to inspect the ship. It was love at first sight. “Then and there I resolved to leave no stone unturned in order to buy SS Loyalty”, he would recall. Before the end of the day, Walchand had roped in friends to buy the ship for Rs. 25 lakh.

A series of surprises popped up as Loyalty commenced its first voyage from to on 5th April 1919. Walchand was told in that Loyalty’s repair cost would be Rs. 1 to 1.5 lakhs. In he discovered them to be Rs. 7 lakh. Six weeks of stay extended to five months. Walchand utilized the time to study his primary competitor the then Microsoft of shipping – British India Steam Navigation Company (BI) and decided to buy a fleet of six medium-sized cargo steamers from Palace Shipping Company in for a million pounds. After paying a deposit of £100,000, Walchand realized he had to first obtain a shipping controller’s sanction. Walchand launched an emotional propaganda at the backdrop of Jalianwala massacre and ended up buying the entire Palace Shipping company instead of just six steamers. After two more rounds to it was clear that Loyalty wasn’t economical and was sold in February 1923 as scrap for Rs.1,35,250.

Scindia decided to focus on cargo in Bombay-Rangoon sector, an area monopolized by BI. As expected, BI slashed its freight on rice from Rs. 18 per ton to Rs. 6. This tactic had worked for several of the 102 Indian shipping companies that went into liquidation since 1860 including Jamsetji Tata’s company. To fulfill cargo requirements Scindia started subsidiaries to trade rice and coal. Bill Gates of BI, Lord Inchcape offered Rs. 25 for every share which was traded for Rs. 6 on Bombay Stock Exchange to buy Scindia. Walchand went to meet Inchcape in along with another Director Narottam Morarjee on 14th March 1923. Inchcape said, “We look on the Scindia Company which has trespassed into our field as pirates. That’s what you are – pirates!” Walchand flung back, “Who are pirates? We or you?” and walked out of Inchacape’s office. The second meeting opened with Walchand proposing, “Scindia is not for sale, on the contrary we are prepared to buy BI. Name your price.” It was like a local chain in like M K Ahmed proposing to buy Wal-Mart. What guts!

This is how Walchand describes himself, “I am a dreamer, oblivious to reality, creating friction where I should not, obstinate and opinionated, allowing no peace either to myself or others.” How many of us have an image of ourselves as rooted in reality as Walchand’s? And if we have how many of us have the guts to say it openly? Hats off to the daredevil!
Posted by Vinay Dabholkar at 1:47 PM