Yezdi Lashkari’s insights on innovation in the Hitech world 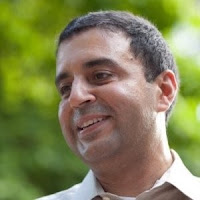 It was a pleasure to have my classmate and friend Yezdi Lashkari give a guest lecture in my course “Strategic management of technology and innovation” at IIM Bangalore last term. Yezdi is currently the Founder of Flexmoney, a leading Fintech startup based in Mumbai that is trying to disrupt digital consumer credit market. Yezdi has had an illustrious career spanning IITB, MIT Media Lab, Seattle, and Silicon Valley and 3 start-ups. Before I could grasp what Internet was all about, Yezdi had sold his first Internet-based start-up Firefly to Microsoft in 1998. He worked with bosses like Satya Nadella and Steve Ballmer at Microsoft. In his talk, Yezdi captivated the class with his nuggets of wisdom. Here are 3 of his insights on innovation in the HiTech world:

1.      Failure is an option:  Yezdi’s second startup happened around the 2008 financial meltdown and it had to close down. Like many of us, Yezdi grew up in the “failure is not an option” culture in India. Until that point, he had not seen any failure. So this startup failure came as a big shock and disappointment. This is when he got good advice from his angel investors. They said, “You can’t blame yourself for this. The entire world is going down. Take a break. Come back and we will give you money for the next startup”. He realized that that was an amazing attitude. After more such experiences, Yezdi is convinced, “If you are not failing, you are not trying enough.”

2.      Listen from all directions: Satya Nadella was Yezdi’s first boss at Microsoft. He was not the most aggressive boss around unlike the Microsoft culture prevalent at that time. However, he was very good at listening and synthesizing different points of view. Over the years, Yezdi began to appreciate the importance of listening from all directions. Juniors are quite hesitant to speak up when the boss is around. And unless one cultivates the culture that anyone can speak up, ideas get blocked. In the hitech world, young people are likely to be in touch with the latest technology trends. And if one doesn’t listen to them, one may not catch these signals.

3.      Have fun: Corporate world today is extremely fast-paced. One needs to work hard and it also involves sacrifices. However, if you just focus on your career, you are likely to lose out on a lot of joy. Yezdi’s move back from Silicon Valley to India was motivated by his desire to spend more time with his parents. He feels it is important to take breaks and spend time with friends, family, and parents. And Yezdi walks the talk.

Thanks, Yezdi for sharing your wisdom with us!
Posted by Vinay Dabholkar at 11:08 AM