Innovation at Amazon: a CTO perspective from Dr. Werner Vogels 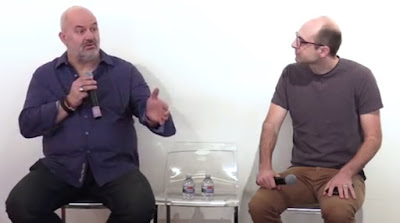 How does innovation happen at Amazon? There are many perspectives available on the Net including that of Jeff Bezos. In this article, I would like to explore the CTO perspective as depicted in Werner Vogel’s interview by Kyle Corbitt (Nov-2018). But before I present my takeaways from the interview, let’s set the context.

Dr. Werner Vogels has been Amazon's CTO for almost 16 years. That’s a very long tenure for a CTO position and perhaps very rare. He was a research scientist for ten years before joining Amazon. He says, “I was hired along with five of my former students to put academic rigor into scaling (the platform) orders of magnitude more” (7:12). Not only did Vogels and the team achieve that goal but also created a technology – AWS – that is enabling others to do the same world over.

Early on in the interview (5:30), Vogels mentions that CTO’s role is to “allow duplication and technical debt to happen as long as you know that you have to pay it off”. And he says this technical debt is built through “long pipeline of experiments.” Question is, what kind of experiments does he sponsor? Where does he get the big ideas from? Do he and his team approve of every idea at Amazon? Answers to these questions are my key takeaways from this interview.

Drive big programs: Vogels says, “Mostly the role of CTO is to drive big programs” (11:05). For example, he drove an initiative a whole year to address a single point of failure. It involved among other things pulling the plug out of a data center and see how the technology copes with the failure. As it became a practice, it got called “Game days”. Everybody is given heads up on what is coming. And still, it exposed holes in the implementation. Another year was spent on efficiency. (11:04)

Listen to customers: Where did the idea of AWS come from? Vogels says his role as an external-facing CTO “is to interact at a deep technical level with customers” and “look for bigger patterns among your customers, the bigger pain points they have” (14:40).  “We are in the business of pain management” (14:50). The idea of AWS came from such observations. There are many types of CTOs and an external-facing CTO is only one such role. However, I feel the importance of meeting and listening to customers isn’t generally emphasized enough for a CTO position. In this interview, Vogels goes into length in making this point.

Give autonomy to teams: It goes without saying that CTO will play a key role in managing the pipeline of big bet experiments. The question is, what role does he play in managing a relatively small bet pipeline? Vogels says that the teams such as “team for recommendation engine for shoes” are responsible for managing their own pipeline of experiments. The team would have a goal of minimizing the number of returns. He says, “95% of new features and services are delivered as a response to direct requests from customers” (32:55).

When asked to predict a future trend, Vogels says, “I think we all need to become extremely security conscious” (48:56). He feels that the kind of data breaches that are happening around “is embarrassing” (48:00). That is a good clue to young and established businesses.

Overall, I really enjoyed the interview and feel there are valuable insights especially for technical leaders.

A conversation with Werner Vogels, moderated by Kyle Corbitt, Nov 2018
Posted by Vinay Dabholkar at 12:17 PM