12 Angry men and 2 movements of thought

By now I have watched the movie “Twelve angry men” at least a dozen times. Past few days, the audio of the movie is being played in my car whenever I am driving alone. It is the only movie I have watched twice in a single day. The movie is used in MBA schools for teaching negotiation skills. My wife uses it to teach sources of knowledge in her “Theory of Knowledge” class for grade 11. However, in this article, I would like to use this movie to explore a topic I have been fascinated about – movement of the thought. “Do Maggi noodles in India have Lead in unhealthy proportions?” Before you know the question has triggered a train of thought in your head. This train is what I refer to as “movement of thought”.  Like your heart, the thought is constantly and involuntarily moving from place to place – many of them imaginary. There are two movements of thought which are of particular interest to me – belief-is-the-truth movement and belief-as-a-possibility movement. Let’s see these movements in “12 angry men” first and then see what its implication is in our life.

About “12 angry men”: This movie is set entirely in a room where 12 members of jury are deliberating the fate of a teenager who is accused of murdering his father by a knife.

Belief-is-the-truth: Whether we know it or not, each of us carries a set of beliefs. Sometimes we treat these beliefs as unshakable truths. Here are a few examples from the movie: 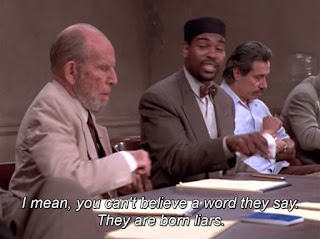 Juror no. 10 is passing a judgment on the accused based on the boy’s race. “They are born liars” is how belief-is-the-truth expresses itself here. The juror has perhaps finalized his vote the moment he saw the boy in the courtroom. 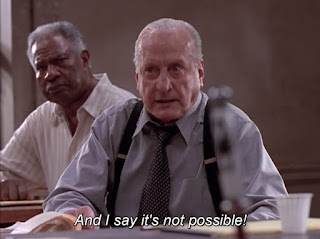 Juror no 8 says, “I’m just saying that it is possible that the boy lost the knife and somebody else stabbed his father with a similar knife”. To which juror no 3 responds, “And I say it’s not possible” Once you believe something to be absolutely true, you treat every contrary idea as “not possible”. 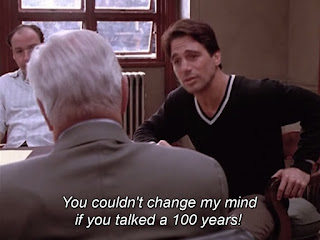 Juror no 7 is telling no 8 without even hearing the other person’s side that he has made up his mind and he won’t change it. 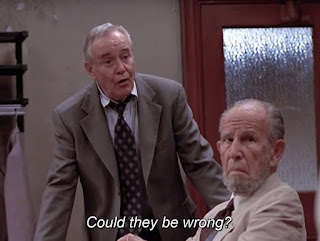 Juror no 8 is asking, “Could the witnesses be wrong in their interpretation?” Open ended question is a hallmark of “belief-as-a-possibility” movement. Here is another question: 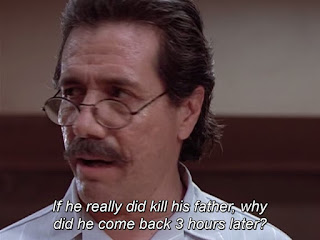 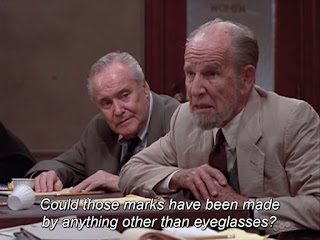 This is one of those questions which results in creating doubt on the eye sight of the key witness in the case.


What is also interesting is to see the transition from “belief-is-the-truth” movement to “belief-as-a-possibility” movement. Following two scenes depict the starting of such a transition: 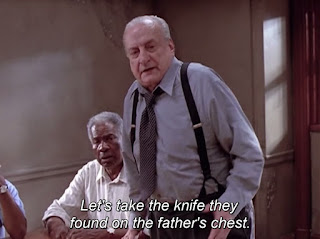 Juror no. 3 who is stubborn about his opinion, ends up triggering a shift of focus from “It is not possible” kind of statements to “Let’s look at the knife” suggestion. Subsequent discussion creates the first turning point in the movie. 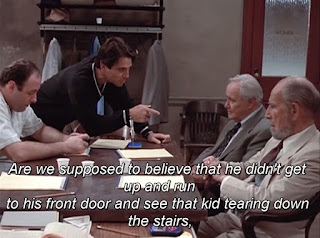 Juror no. 7 has already declared that he would not change his opinion. However, in a spur of a moment, he asks a question. This results in jurors carrying out a small experiment to validate whether the old-aged witness could have walked from his bedroom to the front door in 15 seconds.

A creative mind treats a belief as a possibility. And a closed mind treats a belief as the truth. Unfortunately, most of us get confused between the two (belief and truth). There are two fun exercises you may want to try. One, in any conversation at home or at work, try to separate belief-is-the-truth statements from belief-as-a-possibility statements. Two, try to observe your own thoughts and catch yourself treating a belief as the truth. The first exercise is easier to get started. And the second one can be life changing.

Image source: All the images are from the 1997 adaptation of the movie.

Posted by Vinay Dabholkar at 11:36 AM